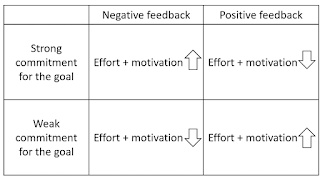 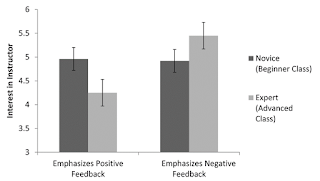 It is also important to realize that the perception of expertise is subjective and relative. The experiments by Finkelstein & Fishbach demonstrated that this perception can be rather easily manipulated. Answering a list of easy questions can create a perception of expertise while a list of hard questions can do the opposite. In specific situations, like in training programs, in which people wrongly view themselves as having much expertise (this is a realistic scenario considering the Dunning-Kruger effect), it may be useful to correct this perception slightly by using such an intervention.
commitment expert Feedback Finkelstein Fishbach Koo motivation negative novice positive Progress seeking