Positive fantasies may lead to depression 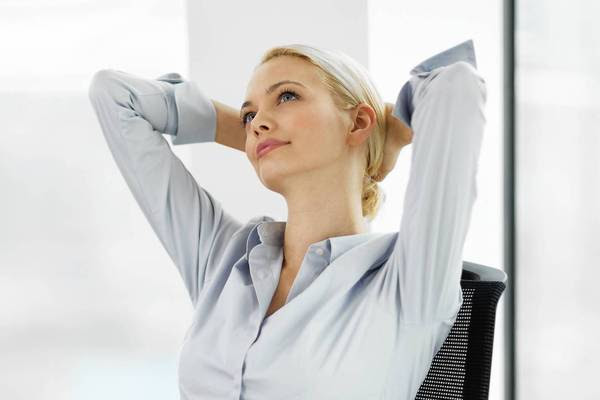 When we feel bad, it makes sense to search for things that may make us feel better, and rather sooner than later. But be careful. Some things which are practically sure to make us feel better in the short term may have detrimental effects in the longer term. One example might be the use of antidepressants. They might work in the short term but might have unpleasant side effects in the longer term. But there is another example which may be a little less obvious: fantasizing about something positive. The thought is logical: "When you feel down, fantasize about how your life might become wonderful. That will make you feel better!"

And it is true: fantasizing about a positive future is likely to make you feel less badly relatively quickly. But this is only half the story because these positive fantasies are associated with longer term depression. Previous research has shown that positive fantasies not only make you feel less down but also sap your energy, lower your effort, and undermine your performance (Kappes & Oettingen, 2011; Kappes et al., 2013).

A new paper by Oettingen et al. (2016) demonstrates in 4 studies that positive fantasies are indeed associated with depressive symptoms in the longer term. In study 1 they had students do a task in which they had to fantasize and fill out a depression questionnaire. The task meant that they were presented with a number of open ended scenario's in which they were the protagonists and about which they had to fantasize. Subsequently, the positivity of these fantasies was rated. Four weeks later the depression questionnaire was administered again. The finding was that the more positive the fantasies were the less depressive symptoms the students reported at time 1 but the more depressive symptoms they reported at time 2 (4 weeks later).

In study 4, with students, a similar design was followed as in study 1 but now, at time 2, it was additionally measured how much effort they had put into their studies and how much academic success they had had in the meantime. The finding: the more positive they were at time 1, the less depressed they were at time 1 but the more depressed they were at time 2 (2 months later). Furthermore, as expected, more positivity at time 1 was associated with less effort and academic success as measured at time 2. The study confirmed the prediction that depressive symptoms at time 2 were partly explained by less effort and lower achievements of the students who had had more positive thoughts.

That something seems to work in the short term, does not always mean that the longer term effects are also beneficial. Positive fantasies seem harmless but, as it seems, they are likely to lead to inactivity and feelings of depression later on. But can we stop fantasizing positively? It is so tempting and easy and it does make us feel better instantly. The solution appears to be the following: positive fantasies can make us feel better in the short term but have to be combined with another intervention in order to prevent us form feeling worse later on. This other intervention boils down to focusing on the obstacles which stand between you and a more positive future. Together, the two techniques are called mental contrasting. In this article is a description of this combination technique.
academic success depression depressive effort energy fantasizing later mental contrasting Oettingen et al. (2016) positive fantasies