Showing posts from October, 2016
Show all

A Plea for Broad Rationality 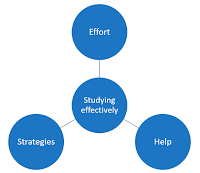 How can we study effectively? Below, I describe three dimensions of studying effectively. These are not only meant for young people in schools or universities. Nowadays, lifelong learning has become normal. Keeping on learning and studying is healthy for us. Keeping on challenging ourselves cognitively is one factor contributing to a healthy life. Knowing how to study effectively is beneficial for anyone at any age. The tips below can be used for studying from books but also for other purposes, for example for learning to play a musical instrument.
Post a Comment
Read full post »

"This is boring!" - sign of demotivation or of a fixed mindset?

When students say "This is boring", does it indicate a lack of motivation? That is indeed possible but the remark can also be an indication of something else: a fixed mindset. In this video Carol Dweck explains that a fixed mindset makes it harder for people to deal with difficulty. When they find assignments difficult they can be fearful because they wonder whether they have the ability to do them right. This fear can manifest itself in different ways. One way is to directly express it. But often people with a fixed mindset will try to mask their fear. Because when we are in a fixed mindset it can be quite threatening to us to show that we don't believe we are able to do something or to learn something.
Post a Comment
Read full post » 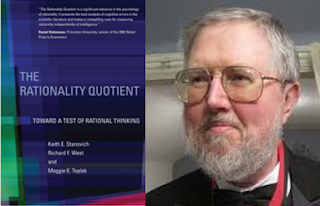 The Rationality Quotient - Progress toward measuring rationality By Coert Visser I first interviewed Keith Stanovich , Professor Emeritus of Applied Psychology and Human Development at the University of Toronto, in 2009 . In that interview he explained the difference between intelligence and rationality and why rationality is very important. He also pointed out that IQ tests are incomplete measures of cognitive functioning because they do not measure rationality. Now, seven years later, I interview him about his new book, The Rationality Quotient , which he wrote together with his colleagues Richard West and Maggie Toplak , and which presents a prototype of a rational thinking test, the Comprehensive Assessment of Rational Thinking (CART).
Post a Comment
Read full post » 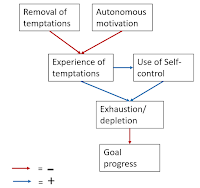 Roy Baumeister's 2012 book Willpower: Rediscovering the Greatest Human Strength argued two things that are intuitively appealing. The first is the primacy of willpower . This idea is that willpower is a very important strength which enables us to exercise self-control which is essential for achieving our goals. The second is about ego-depletion . This idea is that willpower is a limited resource. In other words, when we have used our willpower to concentrate and resist temptations this will leave us with less willpower to take on new challenges and resist new temptations. Both ideas are in trouble.
Post a Comment
Read full post » 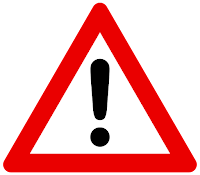 I've written before about how irrational beliefs may be harmful and also about how beliefs may be hard to change due to some systematic and psychological obstacles. Yet, beliefs can change and  believing they can't may cause us to stop talking honestly about our beliefs thereby creating polarization and impeding progress. With that in mind, I'm sharing my thoughts about five beliefs which I think are among the most dangerous beliefs. Of course, I am not expecting everyone to agree with all of these. But hopefully, you will find some of them thought provoking.
Post a Comment
Read full post »

How willing are we to talk to people with different views?

To what extent are you willing to talk to people who think very differently about topics such as politics and religion? Your attitude toward a topic is determined by what you think is true, in other words: by your beliefs. To what extent can people change their attitudes about topics? People with a fixed mindset believe that attitudes generally do not change. People with a growth mindset believe that attitudes can change.
Post a Comment
Read full post »

Coaching as the filling of 7 buckets 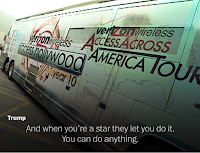 I am not big on diagnostic labels so it is with some reluctance that I am writing this. Lately I have been reminded of some of them a lot. Frequently, Donald Trump is referred to as a narcissist and an authoritarian which, I think, is understandable. The narcissist association has to do with how he frequently describes himself in ridiculously positive terms (“I have a great brain”, etc). The authoritarian part has to do with his domineering behavior and ideology. But I am also often reminded of another disorder. For example when I heard him brag about how he sexually assaults women. What is striking is that while he is describing deplorable behavior he is not talking in a contrite way but rather quite proudly. Also, when talking about having paid no taxes, you’d expect an apologetic tone of voice but Trump brags about it and claims it was brilliant of him to use the tax code this way.
Post a Comment
Read full post » 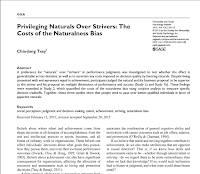 What do we value more in other people's performance: hard work or talent? And what does it matter what the answer is to this question? The naturalness bias in music appreciation Researchers Tsay & Banaji (2011) found evidence for a naturalness bias which is the tendency to prefer supposed 'naturals' over 'strivers'. Even though expert musicians stated that they found hard work more important than talent they implicitly preferred talent over hard work. Tsay and Banaji demonstrated this by presenting more than 100 professionally trained musicians with two profiles of two professional musicians, and a sample musical clip to listen to from each musician.
Post a Comment
Read full post »

The Developing Genome – the rise of epigenetics

A new book, The Developing Genome, describes the fascinating developments in the the field of epigenetics. These developments may require us to revise our beliefs about the influence of genes.
Post a Comment
Read full post »

Student evaluations are not related to teacher effectiveness

Organizations and schools often try to assess the effectiveness of education or training courses through evaluation forms. Such forms contains several questions which participants have to answer about the teacher/trainer and the course itself. They can express how interesting they found the course and how good they thought the teacher/trainer was. The assumption behind this practice is that these evaluations are good indications of the effectiveness of the teacher/trainer. Some universities publish these evaluation online for everyone to read.
2 comments
Read full post »
More posts