The vital role of frustration in deliberate practice 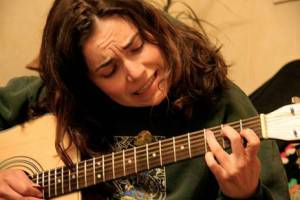 I received many responses to my article How we can keep on breaking through performance ceilings. Most were positive, some where constructively critical. Most were about the claim that stretching one's abilities comes with a certain discomfort and frustration. One person asked whether this frustration or discomfort is really necessary. Another person asked whether this frustration does not contradict the progress principle which says that experiencing meaningful progress is very motivational ("how can experiencing frustration ever be motivational?").

Let's look at the first question: is frustration really necessary in developing your abilities? Yes. Of course, we are not talking about intense and paralyzing frustration but rather of a mild level of frustration. My article explains three things. First, hitting perceived limits or ceilings as we work hard to get better are not indications of lack of talent. Hitting limits is a standard part of stretching your abilities. Second, experiencing discomfort and a certain frustration are an indication that you are practicing adequately. The challenge you pose to yourself demands a slightly higher level of capability than you currently have. Third, the frustration you feel during practice forces your brain to, at a certain point, come up with new solutions.

Compare this last principle with the dirt road over which a lot of traffic travels which strains it a lot due to which it becomes very uneven and hard to drive. After this goes on for some time the city decides to pave the road. The traffic can now travel it more easily.

Something analogous happens when we exercise our muscles. Anders Ericsson and Robert Pool explain in their book Peak what happens in our body when we exercise at moderate intensity. The contraction of our muscle fibers causes our muscle cells to deplete their energy and oxygen. These cells get their energy and oxygen from the blood stream. The oxygen and energy levels in the blood stream thus decrease due to the exercise. In order to get the oxygen level back to normal we start breathing faster. Also, our heart rate will increase in order to circulate our blood faster. Finally, our energy supplies will be used to provide muscle cells with extra energy.

However, if we strain ourselves more intensely for an extended period of time something different happens. Then, the normal countermeasures by the body will no longer be sufficient to bring it back into a state of homeostasis. Oxygen and energy levels will become abnormally low. In response to this, within cells, other genes on our DNA will be activated due to which other biochemical processes will get started and different proteins will be produced. The result of all these processes is that our muscles are strengthened.

The general pattern is: when our body is continually challenged right above the level at which it is able to return to homeostasis by normal means, it will start to build new and stronger structures such as new muscles, arteries, and connections between neurons. It is easy to see the parallel with the dirt road. The frustration of continually having to travel that uneven road had led the city to pave it due to which it is now better up to its for the task.

Ericsson and Pool emphasize that it is important to keep searching the challenge. As soon a you stop doing that you won't make further progress. The reason is that you will then function within your comfort zone again so the body does not need to start building better and stronger structures within itself.

Although there is less known about how mental capabilities are developed than about how muscles can be grown, there are many indications that this process is analogous. By continuously challenging your brain in such ways that the body cannot restore homeostasis, there will come a moment at which a process is started to strengthen that mental capability. This may be done through structural changes such as new connections between neurons and the thickening of the myelin sheets around the axons of neurons. More and more studies show that the brain is capable of continuous change. Challenging yourself structurally in a certain direction makes the brain change itself in order to be able to handle this type of challenge more easily.

Frustration is needed to come up with breakthrough solutions

The aversive feeling of not yet being able to handle the challenge -let's call the feeling frustration- is thus a necessary part of structural growth. Now, let's look at the second question: how can this process ever be motivational? The question is understandable. Experiencing frustration is not pleasant and it will never be that. But it helps a great deal to understand the meaning of the frustration. If you can see it as an indication that you are practicing in a way that will make you better if you continue to do it, it will become much more easy to persevere.

The role of progress in deliberate practice

But there is another point to be made about this which has to do with the progress principle. This challenging way of practicing often leads to rapid progress. But progress can have the nasty habit of becoming invisible if we do not consciously track it. That is why it is wise to monitor your progress while practicing.

How can you do that? Here is an example. If you want to master a certain skill on your musical instrument, record yourself trying to play the part before and after your practice. After you have practiced for an hour compare the two recordings attentively. This will help you become better aware of your progress. It will also make you more aware of the power of deliberate practice. This is an example which illustrates how people can remain motivated for deliberate practice even though it can be very hard and uncomfortable.
breakthrough capabilities challenge Deliberate practice dirt road frustration motivation Progress strain stretch