New research suggests how people may work in solitude on very ambitious goals and feel good about it.

Some famous artists and scientists from the past must have set extraordinary ambitious goals for themselves and must have worked for extremely long periods of time in solitude on their work and discoveries. For example, it is known that Isaac Newton, generally viewed as one of the greatest scientific geniuses of all time, who was highly productive as well, spend many years working in relative solitude. I have sometimes wondered how such people have managed to accomplish such things and to what extent they experienced gratification about their life style. I came across two articles by Thuy-vy Nguyen which give a clue about how some people are able to lead and bear such lives. 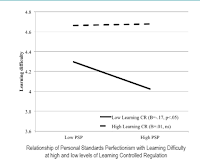 In the first publication she shows that people, under certain conditions, are able to set very high standards for themselves and feel good about it. In her article Motivation Determines Optimal Benefits of Personal Standard Perfectionism on Learning, in which she describes a study she did with students as participants, she draws the following conclusions: (1) setting high personal standards was associated with greater perception of progress in the classes the students were taking, (2) when students learned because they felt pressured by others or by their own anxiety and guilt, they experienced greater anxiety when studying for their exams, and (3) only in the absence of controls and pressures, and therefore with greater experiences of choice and autonomy in their learning, did the students learn their class materials more efficiently with less difficulty in identifying main ideas in their readings.

In another publication, The capacity to be alone, she shows that people, under certain circumstances, are capable of being alone without experiencing negative consequences. In a diary study with students she showed the following things: (1) the capacity to tolerate and benefit from solitude, as indicated by the non-significant change in positive affectivity and the significant drop in anxiety level, could be a function of psychologically healthy functioning, (2) time alone was found to be less negative for those with high openness to experiences, and low neuroticism, and for people whose overall basic psychological needs are satisfied, and (3) introverts benefited from solitude, but only when they report lower emotional instability.

These studies seem to suggest that people who are autonomously motivated and whose basic psychological needs for autonomy, competence, and relatedness are satisfied, are capable for working in solitude on the realization of ambitious goals and feel good about it, too.