Autonomy support in the work context
A great example of how this theory is relevant for work life is shown by Dagenais et al. (2014). In two figures they show the differential impact of autonomy support practices and control based practices. Figure 1 (below) shows, in the first column, examples of autonomy-supportive practices. These practices support the satisfaction of the basic needs (column 2) which gives a perception of autonomous functioning (column 3) in which both the process of integration and intrinsic motivation are supported, which leads to psychological wellness (column 4). 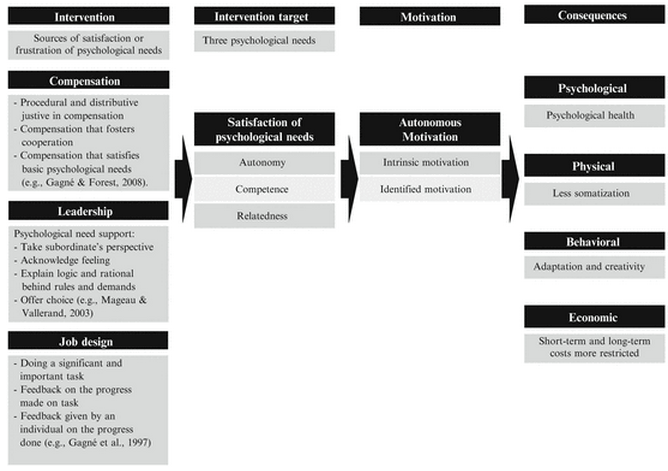 Figure 2 (below) shows, in the first column, examples of controlling, autonomy-thwarting practices. These practices frustrate the satisfaction of the basic needs (column 2) which gives a perception of controlled motivation (column 3) which leads to several psychological and behavioral problems (column 4). 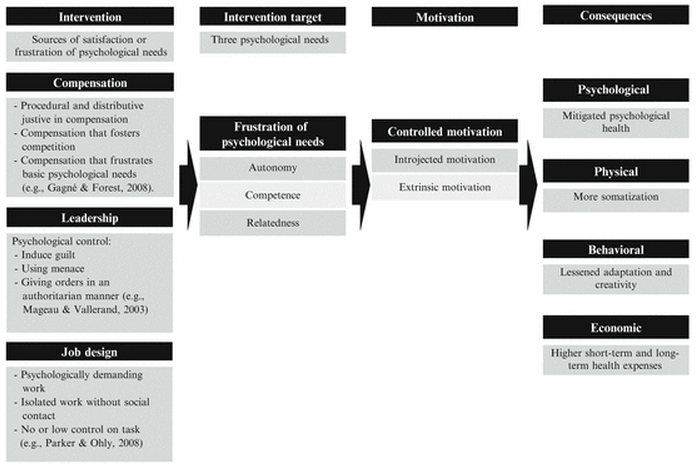