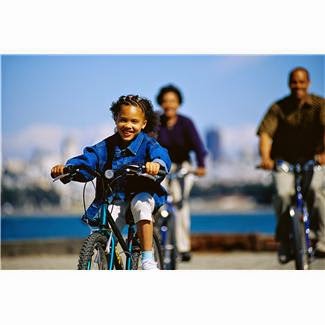 The importance of autonomous functioning
As research into self-determination theory has shown there is a strong connection between people’s autonomous functioning and their wellness, their open, engaged and healthy functioning. When people feel autonomous they feel they can make their own choices and follow their own preferences. This does not mean they will be selfish, over individualistic, or self-sufficient. In fact, under good enough conditions, people will actively attempt to internalize and integrate the norms, rules and values of their environment, in other words make them their own. This process of internalizing and integrating external norms, rules and values will happen best 1) when they are transmitted in an autonomy supportive rather than a controlling way, and 2) when these norms, rules and values are congruent with the basic psychological needs for autonomy, competence, and relatedness (Ryan & Deci, 2011).

How parents can support autonomy
The way parents raise their children has an important impact on their autonomous functioning and the degree to which they develop into well-adapted and well-functioning individuals. Parental autonomy support helps children to internalize and integrate important norms, rules and values. Parental autonomy support does, of course, not mean promoting selfishness, neglect of permissiveness. Instead, parental autonomy support is about helping children internalize and integrate external demands and values. Richard Koestner and his colleagues once operationalized autonomy support as follows: 1) providing rationale and explanation for behavioral requests; 2) recognizing the feelings and perspectives of the child; 3) offering choices and encouraging initiative; and 4) minimizing controlling techniques (Knee & Uysal, 2011)

The conception of autonomy expands throughout childhood
Raising children to become autonomous individuals is a dynamic process. Even young children show signs of the need for autonomy. At the same time, even young children do acknowledge the legitimacy of a certain degree of social control and authority. As children grow up their conceptions of personal autonomy will shift. When they are young they usually refer to issues such as the way they express themselves, which cloths they will wear, which friends they will play with, what toys they will play with, and which food they will eat. Later, their conception of autonomy will expand to, for instance, issues of privacy and freedom of thought. Because of the dynamic nature of the need for autonomy parents and children need to continuously negotiate how much autonomy is granted and claimed. Between parents and adolescents there can be some degree of conflict around this process because adolescents generally claim more autonomy than parents, initially, are willing to give. Research has shown that it is the adolescents, not the parents, who take the lead in their autonomy development (Helwig & McNeil, 2011).