Having to explain helps learning 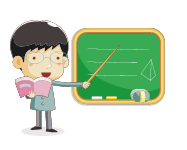 Have you ever experienced that explaining things to others can be a learning experience for yourself, too? That is a bit paradoxical, isn't it? Our basic idea is that the person to whom the material is explained is the person who is supposed to learn from the process. But if you consider the situation more closely it is not so strange after all that the person who does the explaining also learns.

In order to be able to explain something well you will first have to  think deeply about the material. Before you can properly explain you must have a clear idea about what the main points are which you are trying to convey. Also, you have to know which facts you want to mention and how you will structure your explanation. This means you have engage very actively with the material before you will be able to make it accessible to the other person.

For teachers it is good to know these things. Many teachers will, from time to time, deliberately put their students in the role of a teacher. This principle is sometimes referred to as role-reversal education. What is useful about it is that that by explaining things, people construct knowledge again which helps anchor this knowledge better and which makes it easier to connect it to information. One project which deliberately uses this principle is Bètacoach.

Afterwards, all participants were tested. Students who thought they would have to explain the material were better and faster able to remember the main points of the text as well as specific facts from the text and its structure. Saying upfront to students that you will ask them to explain what they are about to study might thus be a very useful intervention.
explain intervention John Nestojko Learning memory role-reversal education teach teaching