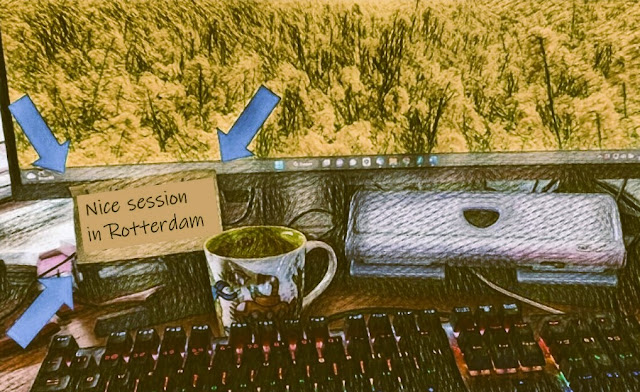 This week I facilitated a progress-focused session of a team of professionals from the municipality of Rotterdam. Facilitating such an unknown team in advance is often a bit exciting. You don't know who you're dealing with and you have no idea what they'll say or how they'll behave. But usually my sense of curiosity is greater than my nervousness. The reason for this is that I usually hear interesting and informative things from such a group. That was also the case that morning. Several interesting things were said that also made me think again. I will highlight one as an example.

After we had done a starting exercise about the progress achieved and the progress to be achieved, we talked about the negativity bias. This is the human tendency to notice negative information more easily than positive. The team members found this an interesting theme and decided to pay more attention to progress monitoring on a regular basis. Several people specifically said they wanted to pay more attention to small progress they had made.

One of the team members, Henk Weij, mentioned a solution that he himself has been using for a long time. He told me that when he has made progress in something, he writes it down on a post-it note and hangs this note somewhere visible in his workplace. That way he can take a good look at it. He modestly added: “Yes, this is my amateur psychology. Sometimes things go a little less well and then a note like this helps me to see things a little more positively.”

Making progress visible is often very useful and powerful. Sometimes you can do that in conversations, sometimes you do it by thinking about it for yourself. But after you've talked or thought about it, the experience of progress can quickly fade into the background if you're not careful. Then our negativity bias takes control again. A big advantage of progress post-its is that you can keep looking at them. Smart idea!