From authoritarian and sarcastic to progress-focused: a personal exercise 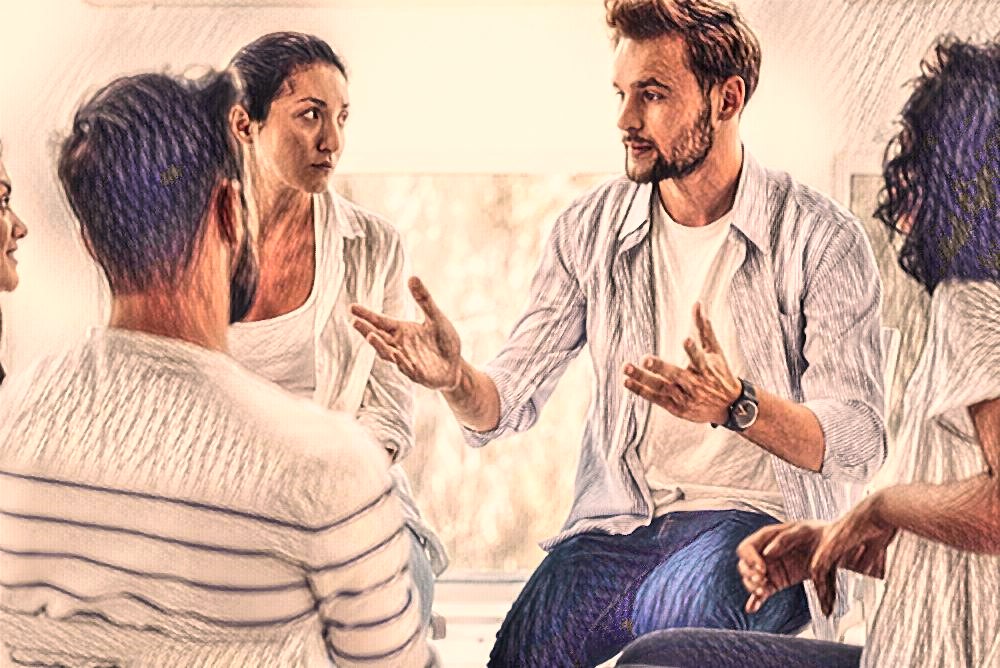 I had an interesting experience last week during an exercise in our training. A participant changed his attitude from authoritarian and sarcastic to progress-focused within a few minutes. During our progress-focused leadership training, I supervised an exercise in which we practiced progress-focused directing. During part of that exercise, one of the participants, Peter, wanted to practice a bit. Peter had said earlier during the training that he wanted to practice being non-authoritarian in the conversation. He saw this as a pitfall for himself. I stepped into the role of employee and he stepped into that of manager. We practiced that he would ask me directing question and I would respond complainingly.

The first time we practiced this bit, he interrupted me as I started to complain. In the time-out, I suggested that he let me finish talking as an employee and then acknowledge my perspective. If, as an employee, I don't get the idea that my perspective is taken seriously, the chance that I will take your perspective as a manager seriously also decreases.
The second time he indeed let me finish and then he responded in an exaggerated way: “Oh, how awful that must be for you!” In time-out, I gave him the feedback that his response didn't exactly match mine because it was worded much more intensely which could come across as sarcastic. Peter agreed. He said he was indeed being sarcastic and that he saw it as a stage play to react like that. I explained that taking the other person's perspective seriously is not the same as agreeing. I explained that tapping into the other person's perspective certainly shouldn't feel like acting. You do it completely sincerely. You show the other person that you have heard his perspective and that you take it seriously.
I invited him to try and he did.

The third time: effective but vulnerable

The third time practicing went much better. He responded quite well with my complaining response. He took it seriously and there was no hint of sarcasm or insincerity. The other participants gave positive feedback on this last practice and so did I.
Then, somewhat to my surprise, Peter himself said that he found this last way of responding difficult. He said that he felt very vulnerable when he connected to the perspective of the other person in this way.
Unfortunately, we didn't have much time left to discuss this further. The other participants and I found that the third practice went well and that this was a clear indication that Peter is capable of this effective behavior.
One of the participants also noted that naming the feeling of vulnerability is in itself an example of being vulnerable. This participant really appreciated that Peter did that.

My own reflections afterwards

Afterwards I thought about the situation for a while. I wondered what could have been the reasons for Peter's feeling of vulnerability. Below, I speculate a bit what this one could be.
When people act in an authoritarian or sarcastic manner, we may be particularly inclined to think that they do so out of a sense of superiority and power. But this interpretation may be wrong. An authoritarian attitude and the frequent use of sarcasm can also stem from insecurities. One reason for an authoritarian or sarcastic attitude may be that we feel insecure about our own skills or our position in a group. If we feel insecure about our own abilities or position, we may feel compelled to act authoritarian in order to maintain a sense of control or power. This can come into play when we fear being rejected or ignored by others.
Being authoritarian and sarcasm can also be related to wanting to hide our emotions or feelings because we fear others might use them against us. A hard and arrogant exterior can thus serve as a kind of shield or mask whose actual function is to protect our own vulnerability.

Room for vulnerability as the key to progress

I suspect it would be helpful for Peter to experiment with the more sincere way of communicating. Indeed, this involves a certain degree of vulnerability. In my opinion, persisting in an authoritarian and sarcastic attitude offers less perspective. This attempt to prevent one's own vulnerability is not sustainable. The authoritarian and sarcastic attitude can repel people, making it more difficult to achieve anything with them.