How do I want to relate to this issue from day to day? 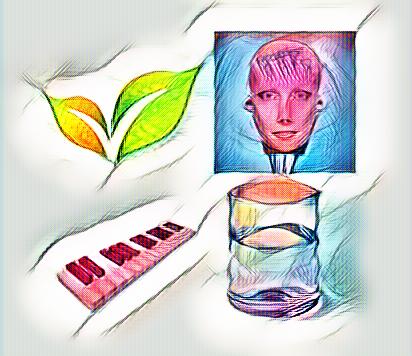 Around the holidays and the New Year, we often meet a lot of people and sometimes have conversations that we can't always have during the busy working weeks. I had a few conversations with a few people about big topics of our time. I quite often think about such conversations afterwards. Below, from my memory, I try to recall as best I can how those conversations went.

One conversation was with someone who was aware that I do not eat and drink animal products. I knew that person himself does eat meat, fish and dairy. The person asked me about my reasons for doing so. I hesitated for a moment whether I wanted to have the conversation because I don't always feel like having this kind of conversation. In my experience, people sometimes make all kinds of arguments for eating animal products. Sometimes, in my view, those arguments are based on false assumptions and information. My reasons for not eating animal products are based on how I view the issue, and I usually don't intend that the people I happen to encounter should view it that way. These individuals, like me, have their own unique background and their own unique development and learning process. I don't know how relevant they will find my arguments and conclusions.
But this person seemed genuinely interested in a dialogue so I gave my reasons. I was pleasantly surprised that after some talking he seemed sensitive to these arguments. He asked how I had come to this way of thinking. To this I explained that conversations with my children had played a role in this and that seeing a documentary had helped me get over the threshold. He asked which documentary it was and I offered to send him the documentary. He declined the offer because he was afraid it might cause him to have trouble eating meat himself.
When I said that I thought we will all go in that direction as humanity, he said something along the lines of: "Maybe you are right but I think that will take a very long time!"

In my environment there is someone with a lot of knowledge about computers and informatics. This person had told me long ago that the development of AI (artificial intelligence) will have a disruptive effect on the lives of all of us. Recently I spoke to him again, in the company of more people. He and some others in the company said that AI was going to change everything and take over our role. All the tasks we do now computers will soon be able to do better than we can, including things like diagnosing diseases and writing computer programs.
In the conversation, someone else said, “Computers are going to rule!” Another said: "The world is changing way too fast for me, I don't need all this!" I responded with a comment to the effect that I understood and agreed that the development of AI is moving at lightning speed and that there is something frightening about it. I also suggested that AI could bring benefits to us in addition to dangers and also that I was not entirely convinced that AI will completely take over our role. I said that our role and activities will change very dramatically with the rise of AI, but that we may find new meaningful things to engage with.
My argument was that since the boom of the machines and technologies that has been going on since the industrial revolution, this process is already underway. Machines are taking over parts of our work and our role is changing. I admitted that this process will be accelerated enormously by AI, but I was hopeful that there are still meaningful things left for us to do. Someone in the group called this a much too optimistic perspective. 3. Conversation about "black" and "white
Someone started a conversation with me about racism in the world. I felt we were in broad agreement on the subject. Racism, the idea that there are human races and that some races are superior to others, still exists, and that is a bad thing. During the conversation, the person talked about "black people" and "white people.
I explained that I prefer not to use those terms. The person asked, puzzled, why. I explained that I think this terminology can unintentionally reinforce racism and us-versus-them thinking. He was genuinely surprised by this perspective and kept asking. I said that I don't think human skins are ever black and white. Next to us happened to be a piano with the usual black and white keys. I said: my skin is a different color from the white keys and yours a different color from the black. He searched for words for a moment and then, pointing to his bare forearm, said, “I still see my skin as black. I just see this as black!” Then I was lost for words for a while.
He saw this and took the floor again and explained that the use of the term 'black' had been inherited in his upbringing. He said that there were of course all kinds of different shades of skin colors among dark people in Suriname, where he came from. Some had very dark skin, while others had a much lighter complexion. But to avoid the suggestion that if you had slightly less dark skin, you felt superior, or felt disconnected from your darker skinned friends and relatives, the norm was to say, “We are all black .”
I found that explanation very interesting and it helped me better understand where these terms came from. I could very well imagine that this had happened in those days when the prejudice was much stronger that people with dark skin were of lesser worth. Where I first felt a certain irritation when he called himself black and me white, I now understood that better and felt much milder.
Still, I suggested that I think it is better to let go of these terms because they are not correct. People are not black or white. We as individuals do not fit into those two limited boxes. This distorts reality and reduces us to much less than we are. We are much more than our skin color. We are much more alike than the contrast black and white suggests. My interlocutor understood my perspective but didn't fully agree and said something along the lines of: "I think it will be a long time before we get to the point where we as a society will see it that way."

One remark I heard in all three conversations, almost as a reproach, and implicitly or explicitly, is that my perspective would be too optimistic. Maybe there's something about my perspective that carries a certain optimism, but I'm not so sure how far my optimism goes. For me, the question is more central: how do I relate to this subject from day to day? What choices do I want to make from day to day regarding this topic?  For example, when it comes to conversation 1, about veganism, then for me the central idea is not even that it will work out (that we will all soon 'see the light' and eat healthier and treat animals more humanely). Although I expect that we will take this step by step, I am not sure and I do not know when we will make major progress in this regard. Even if this progression does not proceed as quickly as I hope, I have a choice to make. Every day I make that choice again. What am I going to eat and drink today? I hardly care, as it were, how others make that assessment today. I do care which choice I make today.  The same goes for the other two subjects. I'm not at all sure if humanity will be okay when I look at the subject of AI. How would I know for sure? What I do know is that there is another day today and another tomorrow in which I relate to this subject in a certain way:
Whichever of these things I do, they are all different ways of relating to the subject, and whichever one I choose: it is choice I can make consciously.
This also applies to the last topic: I'm not at all sure whether racism or us-versus thinking will ever go away. I'm not sure how optimistic I can be about these topics. What I do know and care about is what I choose from day to day. In other words: how do I want to relate to this subject? It's an important topic and it's important to me how I deal with it. What choice do I want to make today?