Our mental versions of the people in our lives 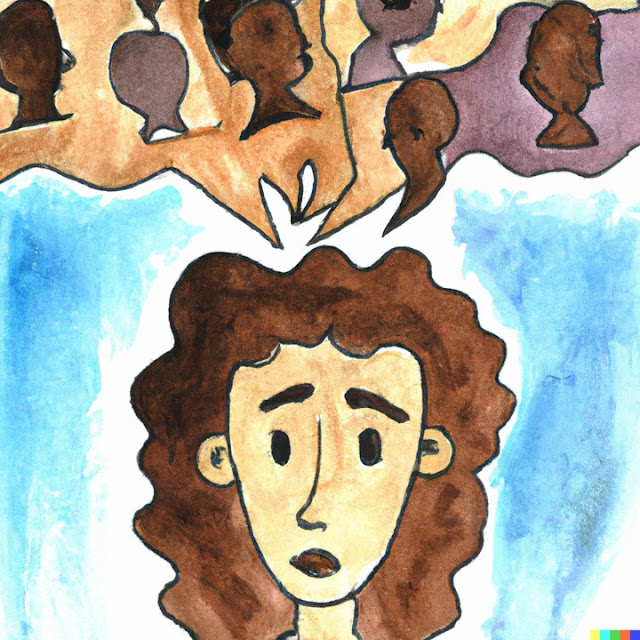 We are social beings

We humans are social beings. Even if we don't always behave socially or socially skillfully, we are almost always very focused on the social dimension. We were raised by people, we interact with people on a daily basis, we are sensitive to what other people think, do, say and what they think of us, we feel connected to and dependent on other people, we can get annoyed by other people , And so on.

The social system in our brain

Psychologist Matt Lieberman explains that in our brain there are two rather different neural systems for task-oriented and social thinking, respectively. When we focus our attention on doing work or learning activities, the task-oriented system is especially active. As soon as we let go of this task-oriented activity, the social system, the so-called default mode network, becomes active.
While this is happening, our mind wanders and we are daydreaming. We can then think about ourselves, about other people and our relationship with them and about the past and the future. For example, we may be reliving certain situations in our minds or imagining future hypothetical situations (very often these are social situations). Research also suggests that we have more access to unconscious parts of our brain during DMN moments.

We can replay social situations in our heads

What happens when the DMN is active is fascinating if you look closely. It is actually quite special that we as humans have the ability to remember social situations, even if they are sometimes very long ago. I find it even more special that we can 'play' social situations in our heads that did not actually take place. People we know then play a role in a scenario that only exists in our heads and not in reality.

Sometimes we may torture ourselves by making them do things in our minds that we hate. At other times, we may create a dream world where we let them do or say things that we would love. We can imagine that they hate us, but also that they love us. And whichever of the two we choose, both can, in our mind, look very realistic.

Mental representations of the people in our lives

They can be available on demand in our brain and we can make them do and say all sorts of things at will in that imaginary world in our head.

Mental versions: how much do they match the real persons?

Based on how we have experienced them, we interpret how they think and what they think and whether they like us or not. But we don't know for sure. Because, even if people say they like us, we might see a kind of insincerity and an ulterior motive in that. Maybe people we often think about but don't see much are quite different in real life than in our heads. In interpreting what those people are like, we also project some of our own beliefs, intentions, and ideas onto them.
Also, the mental representation of them, the version of them that functions in our mental scenarios, can take on a kind of life of its own. We can to some extent confuse those mental versions with the person himself. That is because of the following. Our brain is not very good at distinguishing the difference between reality and the hypothetical situations that we think up in our heads. Although made up, they can "look" and feel very realistic.

We can never fully understand people

It's no wonder our brain spends so much time thinking about other people. Because on the one hand we need to have a certain understanding of what other people are like, what they mean and how they think about us. Without this understanding we would not know how to deal with them at all. On the other hand, we can safely say that our mental version of them is never quite right and in some cases may even be quite far from the truth.
So we cannot do away with mental representations, but we know that they are never completely reliable.

Being in the moment

I don't have a simple solution to this problem. It is not an option to stop thinking and daydreaming about other people. This is what the brain does whether we like it or not. However, we can perhaps try to remember that people may be a little different or even very different than we think. The moment we see the real person, we can try to "be in the moment" and keep an open mind while communicating with them.