Global study of love: how culture and environmental factors influence 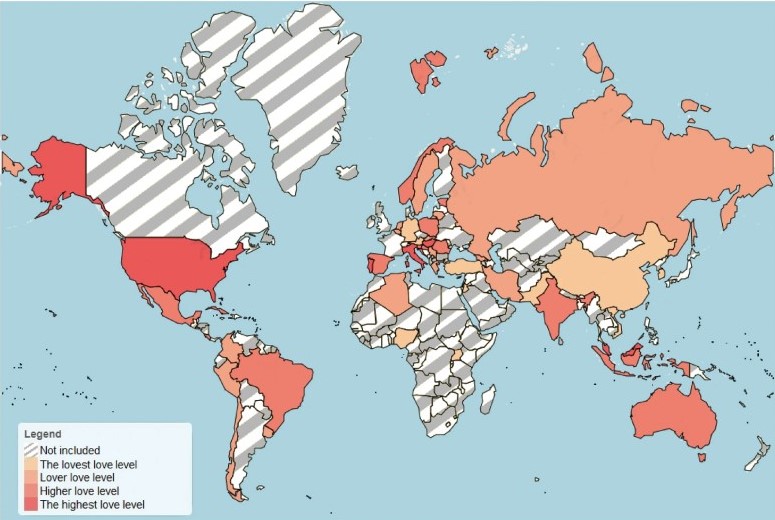 Love is an almost universal phenomenon with a biological background. It is therefore certain that love occurs worldwide. But to what extent do culture and environmental factors influence the extent to which people express and experience love? To find out, a group of 91 researchers conducted a large-scale study of romantic relationships in 45 countries and territories.

The researchers correlated the scores on the love questionnaire with three types of cultural and environmental factors: