How we keep on falling for untruths 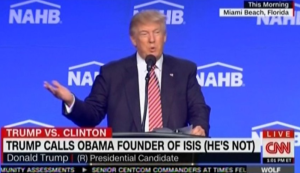 Recent years have shown many examples of how we can persist in believing things which are not true. A random selection of untruths which have remain popular with a surprisingly large group of people are: the idea that vaccines cause autism, that global warming is hoax (created by the Chinese), that homeopathy works, and that students each have a unique learning style which teaching should be adapted to. How is it possible that we so easily seem to fall for untruths?

One of the factors which underlies the belief in untruth is the ease with which we can understand statements. The easier a statement can be understood, the more we are inclined to believe it is true. One of the things which contributes to how easy we can process and understand statements is that they are repeated often. The more often a statement is repeated, the easier it becomes to process and the more likely we are to believe it is true.

Fazio et al. (2015) wondered whether the availability of knowledge protects against the phenomenon that repeated untruths are believed. To their surprise they found, in two experiments, that people, even when they have correct knowledge which contradicts the false statement, tended to start believing it when it got repeated. The fact that a statement is easy to process apparently outweighs the knowledge we have about the topic.

Knowing this, we would be wise to become suspicious when people, like politicians, keep repeating the same simple messages. We are probably much more vulnerable to political and religious propaganda and commercial messages that we realize. A general wat to become less vulnerable is to develop our rationality and skepticism. A specific way is to be warned when someone repeatedly makes the same simple statement. In that case we have an extra reason to ask critical questions.
2015 belief believe commerce easy Fazio politics rationality religion repetition skepticism statement suspicion truth understand untruths