- June 26, 2016
Personality traits are viewed as behavioral tendencies which are relatively stable over time and over a variety of situations. Both among lay people and psychologists there are many who think that changing one's personality substantially is hard or even impossible. This belief is primarily based on the observation that the personality of most people does not appear to change a lot during adult life. But a paper by Hennecke et al. (2014) suggests that self-directed personality change is possible. In the paper they explain why personality usually does not change much, why it actually can be done, and how it can be done. 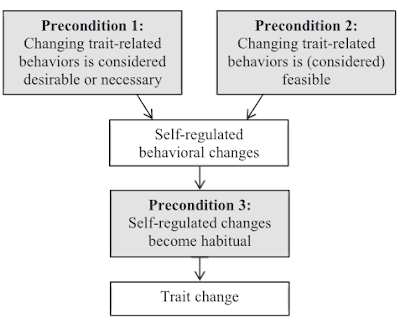