Why psychology is harder than it seems 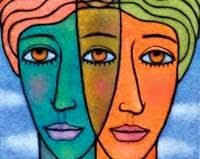 It is understandable that exact sciences are generally viewed as the most difficult. But psychology may be harder in some ways.

One of my favorite science writers is Sean Carroll. He is a theoretical physicist at Caltech and author of the awarded book The Particle at the End of the Universe which is about the discovery of the Higgs particle. Recently he surprisingly said: “Physics is by far the easiest science.” False modesty? Or it there some truth in it?

Exact science are generally viewed as the hard sciences and social sciences are viewed as soft sciences. The word 'hard' in this description can mean something like exact, precise, rigorous, objective. But it can also mean difficult. Exact sciences are generally viewed as more difficult than social sciences. At first sight, that seems to be correct. Both in high school and in universities most students find subjects like math, physics, and chemistry the hardest subjects. These subjects are indeed hard in the sense that they require both a great deal of mathematical competence and abstract reasoning. Yet, you might argue that psychology is, in some ways, harder than these hard sciences.

How evolution has formed our intuitions
A first reason why psychology is actually quite hard has to do with the way evolution has formed us. As biologist Richard Dawkins explained in a 2006 TED presentation, our intuitive understanding of the world is limited. Our brains have evolved to move us though the world as we experience it. We can't directly perceive the world of the macro scale with its huge sizes, distances, and speeds. For example, we can't see how fast light moves, or that it moves at all, and we can't see that in the middle of the Milky Way there is a black whole. That we aren't able to notice these things has not affected our chances of survival. We also can't perceive the micro scale, the world of the tiny sizes, distances, and speeds. We can't see atoms, let alone subatomic particles, like quarks and neutrinos and we can't see extremely slow changes, which explains why the process of evolution itself seems counter-intuitive to many. That we can't perceive the micro scale hasn't harmed our survival either. For example, we can just go on living without realizing that, each second, 65 billion neutrinos pass through each square centimeter of our skin.

As research by Daniel Kahneman and Amos Tversky has shown, our intuitions are often fast but biased (read more).  For example, we tend to give too much weight to negative information and possible danger. For this, there is an evolutionary explanation. The evolution of our brains is affected by which inclinations and ways of thinking have increased our chances of survival. If an ancestor of ours saw the grass moving and ran because of it, his chances of survival were increased with a fraction compared to another person who just stood there and watched. Because a snake or a lion may have been the reason the grass moved. Maybe, nine times out of ten, the grass was just moved by the wind but that does not matter. The evolutionary principle is: it is better to run nine times too many than one time to few. The incautious person had a slightly higher chance of being killed before having propagated than the over-cautious person. Probably, this is one reason why, today, we have a negativity bias. We assign a greater value to negative information than to positive information. To what we directed our attention and how we thought about and responded to what happened in our environments was literally a matter of life and death.

Two unique obstacles for psychology
Our thoughts about psychology were also important for our survival. How should we behave in groups? Who could we trust? How and with who could we cooperate? A wrong judgement might have fatal consequences. Because of the way evolution works, we are full of intuitions about psychology which help us survive but which are often biased. For psychology as a science this forms an obstacle in several ways.

2. Our beliefs affect reality
Second, psychology can be harder than exact sciences because a characteristic of the object of study. What we believe about the nature of black holes does not affect the existence and 'behavior' of black holes. But what we believe about psychology does affect our existence and our behavior and, as consequence of that, our social reality. An example of this is Carol Dweck's theory of mindsets. Whether we believe if our abilities can be developed or not has a range of effects on how we develop and what happens in our lives. For example, if we believe that intelligence is not malleable we are likely to focus on presenting ourselves as intelligent, we will tend to avoid challenges and view mistakes as failures. Also, we are more likely to feel threatened by working with someone more intelligent. But if we view intelligence as malleable we will more easily challenge ourselves. We view mistakes as inevitable and necessary parts of learning. We are more open to feedback and are more effective as mentors.

What we believe about psychology affects our future lives. Because our beliefs and perceptions affect reality, it is harder to know how true they are.  Someone with a fixed mindset gets the reality he or she expects. The same goes for someone with a growth mindset. There are a lot of similar complex phenomena in psychology. When psychologists and medical practitioners thought that adult brains are mostly hard wired and incapable of change (which many still seem to think) they would not advise people to practice hard to overcome specific mental difficulties (for example, loss of specific mental functions after a stroke) but instead to use compensatory strategies. By not having patients practice, those difficulties would indeed not be overcome.

Perhaps a general principle in psychology should become: we can never definitely say how malleable people are. How often do we hear people say: "We can't all become an Einstein!" But, actually, we don't know. That practically no one accomplishes intellectual achievements like Einstein did, is true. But from this it does not follow that practically no one would have the potential to do so. I do not want to make the opposite claim, namely that everyone has this potential. Because, like I said, we do not know. What we believe about psychology has a great influence on ourselves and how we interact with others and how we perceive reality. Self-fulfilling prophecies happen everywhere.

Hard but possible
That psychology is hard does not mean that there is not a discernible psychological reality.  By doing systematic research we can find out that some behaviors, beliefs, and contexts lead to some effects and other behaviors, beliefs, and contexts to other effects. Some of these effects can be relatively undesirable and others more desirable. Thus we can distinguish between psychological views ad claims which are less valid and views and claims which are more valid. Thus we can build psychological knowledge which is valid and useful.
beliefs bias Daniel Kahneman evolution hard intuitions middle world physics psychology Richard Dawkins science Sean Carroll self-fulfilling prophecy