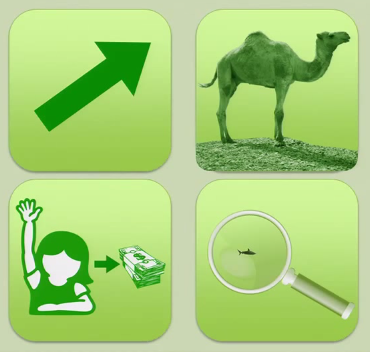 Hans and Ola Rosling show that we know too little about the progress in the world and they explain how we can change that.

Hans Rosling, founder of the Gapminder foundation, became famous for his TED presentations about the development of the world in areas such as health, wealth and environment. In those presentations he use Tendalyzer software which made them spectacular and dynamic (see here). They were also surprising in their content. They showed that the world has improved, and is still improving, in many ways. Examples of such improvements are decreasing child mortality, decreasing extreme poverty, better and longer education, especially for women, increase life expectancy, etc.

After having done these kinds of presentations for several years Rosling wanted to test to which degree people had become aware of these improvement trends. He designed surveys with questions about population growth, poverty, literacy, education, deaths through natural disasters, etc. He conducted theses surveys in different countries and found that there is an enormous ignorance in the world about the progress that is being made each year (read more). The answers that were given were not only wrong. They were very wrong. In many cases people scored worse on these tests that when they would have made blind guesses. According to Rosling, chimps would have performed better!

The situation is paradoxical and ironic. That there is so much progress on so many issues in the world suggests that many people are making great efforts to establish these improvements. At the same time many people are unaware of actual improvements that are made. This could undermine future progress. Seeing problems which are not there can lead to unjustified feelings of alarm and to focusing ones energy in the wrong direction. And not being aware of the progress that is already there can lead to unjustified defeatism.

Let's change our mindset about the world. Here are a few rules of thumb which may help:
More information about our ignorance and about these four rules of thumb can be found in this video: