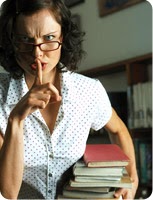 Parents, teachers, and managers play an important role for respectively children, students, and employees. They not only have a facilitating, helping role but also a directing role. They pay attention, show understanding, they help and facilitate, they give a good example and they clarify expectations and set limits. When they fulfill their role effectively, the individuals they work with will be likely to function and develop well en feel good. These individuals are likely to engage in what they find interesting and important and to behave in well-adjusted ways and offer useful contributions.

There is some psychology involved in effectively filling these roles (of a parent, teacher, or manager). This is especially the case when things don't work out as intended like when children do not want to do their homework or behave annoyingly or when employees are complaining a lot or do not seem to want do what is expected of them in the job. In situations like these we have the tendency to put a bit more pressure on them. When individuals seem to keep refusing to do what you expect them to do you can feel some frustration and anger. It is understandable that you may raise the tone of your voice and start to talk to them in a more controlling or perhaps threatening way.

Recently I heard a parent say, "What was our agreement? I am warning you ... one more time and I'll send you to your room! Understood?" I heard a teacher say: "Put that cell phone in your bag! How often do I have to repeat that?” And I heard a manager say: "I don't care whether you like it or not. Just do it!" It is does sound reasonable that we increase pressure on people when they do not do what they should do. By repeating in an urgent manner what is expected of them they might understand more clearly what they should do. The though that putting pressure on people is often useful and necessary sounds so logical to people that they often actually take a certain pride in being strict and controlling.

But if we pay close attention (and keep a close eye on scientific studies like this one) we may notice the following: the more we push, the worse it gets. When we use such a controlling, threatening tone of voice this usually backfires. The receiver of such messages usually feels misunderstood, unpleasant and perhaps fearful. Our forceful tone puts the relationship under pressure. And as if that weren't bad enough, the chance that they will start and keep doing what we expect them to does not increase either; in many cases it will actually decrease.

By being controlling we unintentionally harm two important processes. First, we make it less likely that people will start to understand why it is important what we ask of them. They will not start doing what we ask of them because they understand how important that is but because they feel forced. Implicitly they reason as follows: I am not doing this because I choose to but because I am forced to. And they conclude that they do not want to do it. As soon as the pressure will disappear they are likely to stop performing the desired behavior. They have not internalized the goal or the behavior. Second, our forceful approach makes it less likely that people will view the activity we want them to engage in as interesting. Put differently: controlling people tends to decrease their intrinsic motivation for the activity.

A controlling approach usually backfires both in the relationship and in the performance. No matter how understandable it is that we sometimes feel an urge to put pressure on people and try to control them, there is probably always a better approach conceivable. This more effective approach is characterized by being calm and understanding combined with patience and persistence in explaining what is expected and why that is important and with providing opportunities for a certain degree of freedom of choice.
Author: Coert Visser