Study: the effects of autonomy support by managers

- February 21, 2017
In two Chinese government schools some central ideas from self-determination theory were tested (Nie et al., 2017). What was specifically tested were the effects of perceived autonomy support by managers on the motivation of employees (266 teachers) and on several output criteria (job satisfaction, work stress, and illness symptoms). The expectation based on previous research were that perceived autonomy support (1) would predict more autonomous motivation (versus controlled motivation, and (2) more job satisfaction, with less work stress, and less illness symptoms. The figure below summarizes the findings of the study. 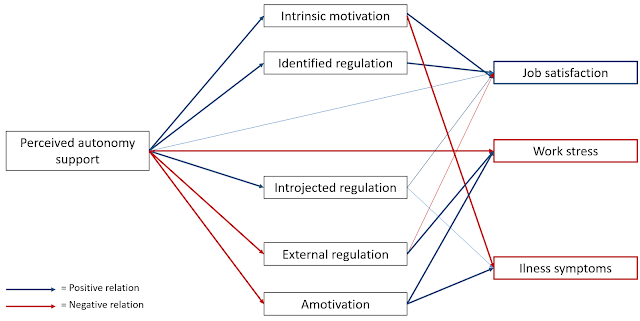