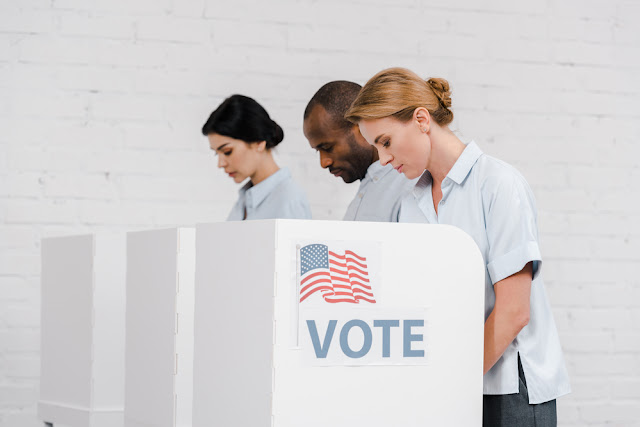 Here are some thoughts on the importance turning around the downward slide of American democracy which has been going on for decades and which is now accelerating.

The gap between US citizens and politicians

Europeans tend to view the US politicians, both Republicans and most Democrats, as rather right wing. Policies of politicians like Bernie Sanders and Alexandria Ocasio-Cortez are often portrayed as far-left while they would are rather mainstream in most European Countries.

Yet, as polls have shown over the years, the American people are much less right wing than their politicians (here is a recent poll showing that). How is that possible?

The answer is simple: the USA is a flawed democracy in which citizens views and preferences have little influence on government policies. Studies have shown this to be the case for over decades. In 2016, the Economist Intelligence Unit downgraded the US democracy from 'Full democracy" to "Flawed democracy".

The flawedness of American democracy

There are many reasons why the US democracy is flawed. Here are some the most important reasons:

Trump's attempt to get rid of democracy

Donald Trump's presidency has made the state of American democracy even far worse (read more) by rather successfully attacking the separation of powers. Currently, he is actively attacking the elections (view more).

It would be wrong to think that Trump caused the problems of American democracy. They were already there and made it possible that he became the president. Now that he is the president, he is a catalyst who is getting the USA on a trajectory to tyranny (read more).

Why is the loss of democracy a problem?

A legitimate question is how bad it is that American democracy is flawed and getting worse.

The answer is simple. Democracies are better than autocracies for their own citizens (in terms of wealth, health, freedom of thought and speech, satisfaction with their lives, and education) and for the world (in terms of contributing to a better world (read more).

One of the reasons that makes it hard to turn around a slide from democracy to tyranny is that people make become cynical. A large part of American voters (43%) did not vote for the 2016 presidential elections. To some extent, this seems understandable. If you practically have no influence on policy (which is the case according to studies), why bother keeping on voting?

Understandable as this may sound, it is not a wise strategy .

There are no good reasons not to start improving American democracy. All of the factors corrupting it now can be dealt with. They are all human-built systems and all of them can be redesigned.

The first step is to vote Trump out by voting Joe Biden.