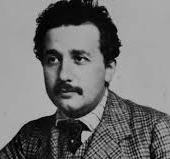 The more high school students think that success in science depends on extraordinary talent the less they will be inclined to choose and persist at science and math courses. Researchers Lin-Siegler et al. (2016) developed a practical intervention to correct such beliefs: stories which make clear that even the most successful scientists had to face struggles and setbacks.

They did an intervention which lasted 5 weeks with 402 students who were enrolled in science classes. There were three conditions in the experiment. Students in group A read stories which showed that extraordinary scientists like Albert Einstein, Marie Curie, and Michael Faraday experienced intellectual struggles. Students in group B read that these scientist experienced struggles in their personal life. Group C was the control group. Students in this group read how important the achievements of these scientist were.

We may sometimes think that lives and careers of highly successful people have always went off without a hitch. It is good to tell kids about the struggles, setbacks, doubts, failures, and efforts of these people. It will help them realize that efforts and setbacks are normal and that great achievements are not only intended for a different type of person endowed with special talents. They may identify more with these high achievers and probably be less scared to seek challenges and persist in the face of setbacks.
effort Einstein fear identification Lin-Siegler mindset Schools scientists setbacks stories Success