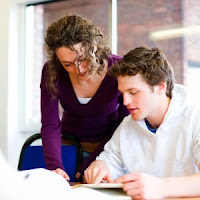 Frequently, I have heard people say: "I'd rather not ask for help. I think I have to solve this myself." This way of this thinking surely has something admirable and sympathetic about it. Probably, people saying such things have a strong sense of responsibility. They think they should be able to solve their problem on their own without bothering other people. But I think it is good to be aware of another way of viewing asking for help. Asking for help can have many benefits, especially for yourself, but also for other people. Here are a few benefits of asking for help:
1. Help by other people can help you make progress better and faster. A simple and obvious benefit of asking for help is that other people can help you move forward. If you think about in what area you could use some help and ask someone who has the right knowledge, skills, resources, or connections, you increase your chances of learning and of making progress. Other people might teach you things, give you information, introduce you to other people, and remove obstacles for you.

4. Asking for help can make you grateful. When you have received useful help you are likely to feel grateful. Feeling and expressing gratefulness appears to be good for us. Recent neuroscientific research suggests that feeling grateful has several positive effects such as the production of serotonin and dopamine in the brain, improvement of sleep, reduction of stress and physical complaints, and the reduction of fear and depression (Korb, 2015).

Question: I have no doubt there are more benefits of asking for help. If you can think of other benefits I would be interested to hear what they are. Do let me know.

Suggestion: Think about something with which you could use some help and think of whom might be able and willing to help you. Ask that person for help and pay attention to whether the things I have described above happen.
Also read: Four questions to make your feedback as effective as possible
asking benefits competent compliment grateful Gratification help mindset praise Progress question relatedness suggestion