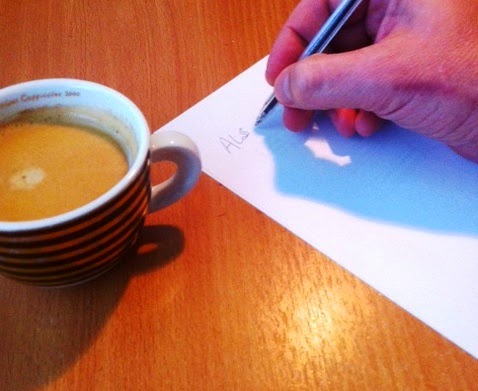 If-then planning is a technique which helps to perform specific goal-oriented behavior in situations in which it is most needed. Many people know the phenomenon that we often don't do what we wish or need to do (this is sometimes referred to as the knowing-doing gap). The problem is that while we do know what we want to achieve and we also know which behavior is effective, at the crucial moment we still fail to perform the behavior.The reason we fail to behave effectively at the critical moment may have to do with letting our emotions overwhelm us or succumbing to temptations or simply forgetting about the effective behavior when we need it.

This gap between knowing and doing can manifest itself in many situations. For example, we may want to eat healthier but we suddenly find ourselves sitting on the couch with a soft drink and a bag of potato chips. Another example is that while we find it important to take other people's perspective serious in conversations we still may suddenly find ourselves getting angry and making accusations instead of listening and showing understanding. Recognizable? Then you may benefit from if-then planning.

If-then planning is simply making a clear agreement with yourself to behave in a specific goal-oriented way in a specific situation. In other words, you say to yourself: "If X happens, I will do Y." Research by Peter Gollwitzer and his colleagues shows that using if-then planning can significantly increase your chance of being successful in challenging situations. By using if-then planning self-control becomes less important because you, as it were, put the situation in charge of your behavior. Instead of having a vague intention of eating healthier, driving more safely, or being more sensitive in your communication you formulate specific if-then scenarios such as:
In order to benefit as much as possible from if-then planning it is necessary to pay attention to three things:
Suggestion: Think about in which way you would like to become a bit more effective. Write down why that is important for you. Then, write down in which specific situation you would like to become more effective. Finally, write down how specifically you want to behave in that situation.
Behavior if-then planning knowing-doing gap Peter Gollwitzer situation specific suggestion