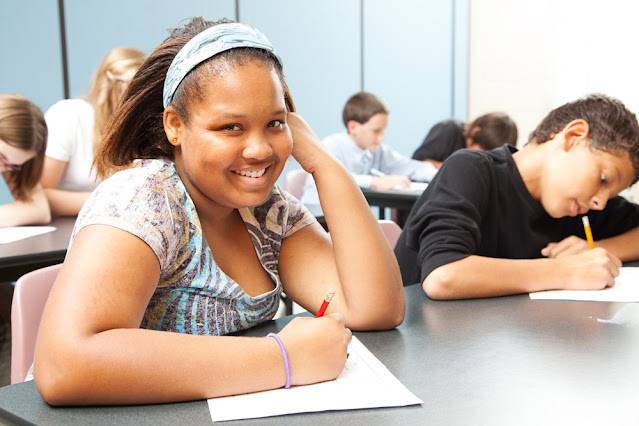 One of the well-known psychological interventions that is often used in education, among other things, is the so-called self-affirmation intervention. Binning et al. (2019) investigated the effects of self-affirmation exercises on student behavior in a longitudinal study.

A well-known type of psychological intervention is that of self-affirmation exercises. This is an intervention that gives people the confirmation that they are moral and adapted persons at times that threaten their self-esteem. The intervention means that students are asked to reflect in writing for about 10 minutes on a number of values ​​that they can choose from a list and that are personally important to them (see an example). The intervention protects self-esteem and reduces the stress of the situation.

Three-year study of the effects of self-affirmation

Binning et al. (2019) conducted a three-year field experiment in an ethnically diverse secondary school (N = 163). Through this experiment, they tested the hypothesis that periodic self-affirmation exercises given by teachers in the classroom strengthen students' confidence in the school and improve their behavior. Students were randomly assigned to either a self-affirmation condition, where they wrote a series of essays in class on personally important values, or a control condition, where they wrote essays on personally unimportant values.

At the end of 6th grade (ages 11-12), after the students had completed four writing exercises, no behavioral effects were seen from the self-affirmation exercise.

But after four additional exercises in grade 7 (ages 12-13 years), the self-affirmation students had a significantly lower rate of discipline incidents than students in the control condition. The effect continued to grow and did not differ between ethnic groups (see figure below). 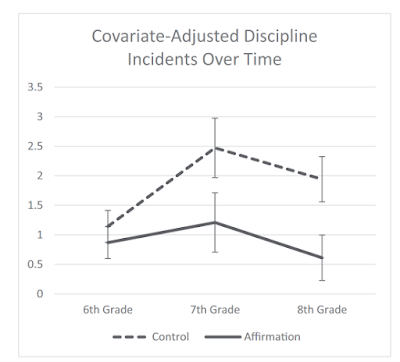 Analyzes of student surveys showed that confirmation over time was associated with increased trust in school, a trend that partly mediated the confirmation effect on discipline. Repeated self-affirmation can strengthen students' school trust and reduce school discipline problems.