- May 18, 2014
When I interviewed Keith Stanovich in 2009, he explained that intelligence tests are not good measures of good thinking because they do not assess the extent of rational thought. His research had shown that intelligence test scores, at best, only mildly predicted rational thinking an that some rational thinkin skills are totally dissociated from intelligence. Later in the same interview he said he had started to sketch out a framework for the assessment of rational thought. As a recent publication by Toplak, West, & Stanovich (2013) shows, there is now such a framework: 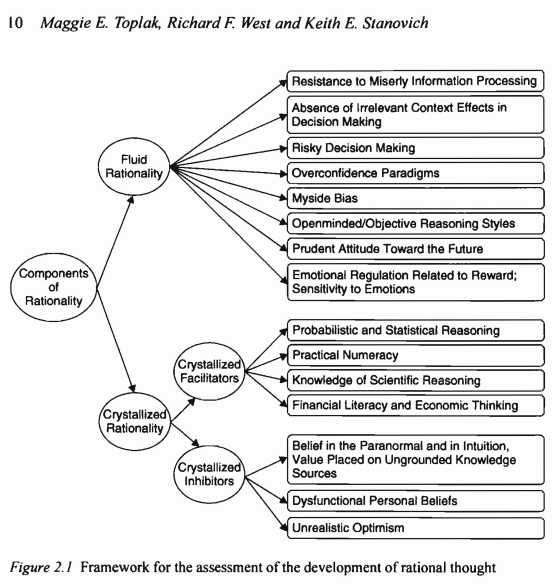