Hypothetical questions: when is it morally defensible to use them?

Lying - Is it desirable and possible to always tell the truth?

Sam Harris is becoming one of my favorite authors. He is the author of The End of Faith: Religion, Terror, and the Future of Reason and Letter to a Christian Nation both of which I did not read (but I bet I would like them) and The Moral Landscape: How Science Can Determine Human Values (which I did read and found very good). Also there are countless videos of talks and debates with Sam Harris on YouTube many of which I have seen and most of which I like. His new book (only on Kindle) is called Lying. It is a small book of only 26 pages with a surprising topic (I found).

Harris argues that we can improve our own lives and the world by never lying. Neil deGrasse Tyson, Astrophysicist, American Museum of Natural History, recommends the book as follows: "In this brief but illuminating work, Sam Harris applies his characteristically calm and sensible logic to a subject that affects us all--the human capacity to lie. And by the book's end, Harris compels you to lead a better life because the benefits of telling the truth far outweigh the cost of lies--to yourself, to others, and to society."

Here are a few quotes from the book:

Robert H. Frank, economist at Cornell University's and columnist in The New York Times has a new book entitled The Darwin Economy: Liberty, Competition, and the Common Good. While several authors have written previously written about the importance of Darwin and the theory of evolution for economics this book , I think, digs deeper and reaches different conclusions. To be more specific, Michael Shermer, in The Mind of the Market: How Biology and Psychology Shape Our Economic Lives, views an evolutionary perspective as supportive of libertarianism, whereas Robert Frank offers sharp criticism on libertarianism. I think Robert Frank is right and Shermer is wrong.

Here is the Amazon.com description of The Darwin Economy:

Tilburg University in The Netherlands has suspended Diederik Stapel, a prominent social psychologist, over fabricating data in some of his published studies. According to Tilburg University Rector Philip Eijlander Stapel has admitted to using faked data. More details about this affair can be found here and here.

Recently, I wrote this post: Improving science. My aim was to explain that there is a difference between an idealized description of the scientific enterprise on the one hand and scientific practice on the other.

Step by step forward through the scaling question 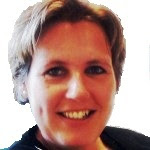 
In the first four weeks of Intensive Family Treatment, a lot of information is collected. The family worker makes an appointment with each family member individually and asks what his/her goals are. They will be asked what they want to achieve with the help of Intensive Family Treatment. These goals are put on paper so that all family members, at the end of the first four weeks, will have their own goals (maximum 8). These goals are then read out loud to each other. This is usually a great moment because families which often only interact negatively, find out that they actually all want the same. This often brings them closer together. When setting the goals, with each goal the scaling question is asked. On a scale of 1 to 10 where 1 is the situation where nothing has been achieved and 10 is what you want to achieve with Intensive Family Treatment (T = target), where are you now (S = start score)? What would one step further look like? 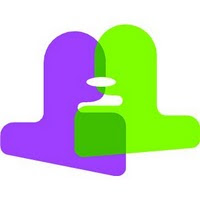 Language matching
Paul Watzlawick suggested that helping clients working with the concepts of the client is much more powerful than using professional jargon (in this book). When you, as a professional helper, replace a word of the client by a professional term this usually works contrarily because the client may feel corrected or misunderstood. In general, solution-focused practitioners preserve the key words of their clients, without re-interpreting or changing them. This process makes it easy for clients to feel taken seriously and understood which facilitates cooperation. Solution-focused practitioners use clients’ words both in summaries and in questions.

The Secret Life of Pronouns: What Our Words Say About Us (review)

Social psychologist James Pennebaker has written a new book entitled The Secret Life of Pronouns. The book is about a new branch of research called computational linguistics which basically is about counting the  frequency of words we use and discovering how differences in these frequencies correspond to all kinds of social and psychological phenomena. This research has revealed some very surprising  facts. As it turns out the precise words we use to communicate our messages reveal more about us than we you can imagine. Often, some of the most revealing words that we use are the shortest and most forgettable.

I have finished reading Redirect: The Surprising New Science of Psychological Change by Timothy Wilson (who is also the author of the book Strangers to Ourselves: Discovering the Adaptive Unconscious). Wilson a professor of psychology at the University of Virginia and has been a leading researcher in social psychology for many years. Among other things, he has done research on self-knowledge and affective forecasting.

The book Redirect is a very well written book about a concept called story-editing.

Do you think the word 'therapy' fits with the solution-focused approach? 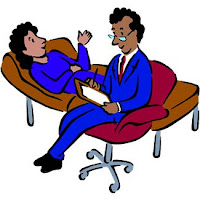 In his book Words Were Originally Magic, Steve de Shazer quotes the following definition of the word 'therapeutic': serving to cure or heal; curative; concerned in discovering and applying remedies for diseases. That part of medical science which relates to the treatment and cure of diseases.

My 10 top rated videos on the solution-focused approach

These last few years I have been making Youtube videos (mostly) about the solution-focused approach. Here are my 10 top rated videos: 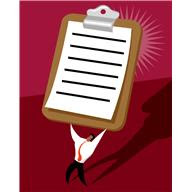 Lists. Some people love them, others hate them. Some have, ironically, even make a list of top 5 reasons why they don't like top 10 lists. But most top 10 lists for writing better blog posts, do suggest to use bullet point lists. Anyway, I have used them from time to time. Here I go again. It is a bullet list of bullet lists.