Careers are voyages of discovery

It is more realistic to view a career development as a voyage of discovery or a journey into the unknown than as planning your route with a predestined route map. Adopting this more open and dynamic view on careers helps to treat career guidance as a process of both discovery and choice. In this process you constantly take small steps forward and find out what suits you and how to proceed. Professor Herminia Ibarra has done extensive research on how effective career change takes place. She found that it is more realistic and effective to act your way into a new career than to think yourself into one. In other words, instead of putting a strong emphasis on analysis and understanding, she argues that it is wiser to emphasize taking small steps to find out which environments, tasks, and roles suit you well. Professor Ibarra’s views seem to collide extremely well with our solution-focused perspective. In her own words:
“The central point is to act more than you reflect. Do not spend a lot of time introspecting; start acting as soon as you can. It’s not that introspecting isn’t helpful, but people use that as an excuse not to try things out and you can stay paralyzed for a long time. I’ve seen people spend a year doing self-assessment or going to coaches and not trying anything.”
Read more about this here.
Author: Coert Visser 1 comment: Links to this post

The most needed word

"No may be the word we need most in today's times. The world has sped up and we get overwhelmed with today's demands, whether it is demands at work or balancing our work and family lives. In fact, No may be the most powerful word in the language, the most needed word in these times of endless e-mail and overwhelm. At the same time, it can be the most destructive word in the language, destructive to relationships. For at the heart of every destructive conflict or war is the word No that people are hurling at each other. Because it can be so destructive, No is the word that is hardest for us to say. But, if we can learn how to say it gracefully, if we can learn how to say it positively, I believe it can really help transform our personal lives, our work lives and the larger world."
~William Ury, source
Author: Coert Visser No comments: Links to this post

If you are really good at developing business, then you can work for only the clients you find interesting and can care about, and only on the type of work that you find fulfilling and challenging. The weaker you are at winning business, the more you are forced into accepting business from anyone who pays you, whether you respect them or not, and whether the work is enjoyable, developmental or meaningful to you.
~David Maister, source
Author: Coert Visser No comments: Links to this post

Life is a point in time 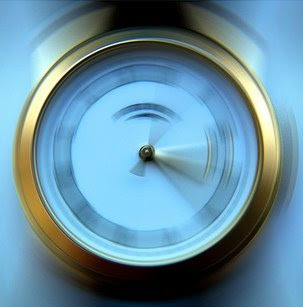 The whole life of man is but a point of time; let us enjoy it, therefore, while it lasts, and not spend it to no purpose.

Disrupting Class: How Disruptive Innovation Will Change the Way the World Learns

Disrupting Class is again a high class book. Christensen has applied his disruptive innovations theory to the US education sector en presents a crystal clear en compelling vision on what is going on in that sector. In a transparent way he also comes to a prediction of how education will change. Christensen foresees student centric education which is facilitated by online courses. Maybe I'll write more about this book which is a must read for policy makers, consultants and managers in the education sector.
Here is a description from amazon: "It's no secret that people learn in different ways, so why, the authors of this book ask, "can't schools customize their teaching?" The current system, "designed for standardization," must by its nature ignore the individual needs of each student. The answer to this problem, the authors argue, is "disruptive innovation," a principle introduced (and initially applied to business) by Harvard Business School professor Christensen in The Innovator's Dilemma. The idea is that an audience in need will benefit from even a faulty opportunity to fulfill that need; in education, the demand for individual instruction could be met through infinitely customizable online computer-based instruction. The authors, all professionals in education, present a solution to the ills of standardized education that's visionary but far-fetched; even they admit that their recommendations would be extremely difficult to implement in current school systems. Still, the authors' unusual case, though occasionally bogged down in tangents, is worthy reading for school administrators, teachers, parents and, perhaps most of all, software developers."


Author: Coert Visser No comments: Links to this post

I read somewhere that Michael Phelps' school teacher once advised his mother to accept the fact that her son would never be able to focus on anything... He has now won more Olympic gold medals than any person has ever won. Michael Phelps can focus really well. We have to be careful with negative predictions about other people. And we should not accept negative predictions by others too easily.
Also read: Every time we consciously focus our attention .....
Author: Coert Visser No comments:

A social science about what could be

We need a social science about what could be...... Mmm.... that we have detected certain differences, and that we don't know yet how to bridge them does not definitely mean they are unbridgeable. That we have detected characteristics in people (or organizations) which usually stay stable over long periods of time does not prove that these characteristics are unchangeable. Still, I think, this is what we tend to conclude. Before you know it, social science becomes a conservative force which holds us back. A force which slows down innovation and puts us in a fixed mindset thereby creating its own reality (if we no longer believe something is possible, we stop trying and it will not happen).

~ Confucius, quote found in this book
Also read this post
Author: Coert Visser No comments: Links to this post

"You seldom talk anybody out of a position by arguing directly with their premises and inferences. Sometimes it is more effective to nudge them sideways with images, examples, helpful formulations that stick to their habits of thought."
~ Daniel Dennett, source

Is doing-what-works the most successful social strategy?

The winner was the program Tit-for-tat which was sent in by Anatol Rappoport. Tit-for-tat was the simplest program which had just the following instruction: start positive and then do what the other party did in his previous move. In the nineteen eighties, Axelrod organized another tournament. Now, 62 strategies were sent by people who, of course, knew about tit-for-tat. Some programs were very complex and shrewd but the winner was, again, the simple strategy of Tit-for-that. Axelrod's research got a lot of attention among scientists and among a broader audience. It showed how cooperation could emerge on the basis of reciprocity, even when many individuals followed egoistical strategies.

Axelrod now wondered whether Tit-for-tat was also a stable and resilient strategy that would be able to defend itself against an invasion of egoistical strategies. To find this out, he did a new tournament in which he gave the strategies which had been sent in for his earlier tournaments the capacity to reproduce themselves. The tournament would now take place in multiple rounds. Each round represented a generation of strategies. De degree of success of a strategy in the first round determined how often this strategy would be found in the next round. By doing this, Axelrod simulated the principle of natural selection. By building in this evolutionary principle the strategies were getting stronger by each round. In earlier round there were still many over-naive strategies and many exploiting strategies but in later rounds both disappeared more and more. Axelrod did 1000 rounds and the result was that tit-for-tat was still the most successful and fastest growing strategy of all. If you wanted to describe Tit-for-tat in human psychological terms you could say that it is a positive strategy (because it always starts of with cooperation), that is also prepared to hit back when deceived (because it defects when the other person has done so), but is also forgiving (when the other start cooperation again, it does so too) and transparent/predictable (because of its simplicity and consistency).

Axelrods work has been very important. He wrote the book The Evolution of Cooperation: Revised Edition

about it. But Tit-for-tat is not the most successful strategy after all, as turned out several years later. In 1993 a still more successful strategy was identified by Martin Nowak and Karl Sigmund. It was named Pavlov and it had the following instruction: follow the same strategy as in the previous move if it was successful, change if it was not successful. It is a pity this strategy was named Pavlov because Do-what-works would perhaps have been an even more appropriate name (if it works, go on, if not, do something else). Pavlov has one major weakness: it is powerless against the strategy: 'always deceive' (Pavlov keeps on switching when confronted with this strategy). Nowak and Sigmund found that Pavlov can only start to develop really well after Tit-for-tat has terminated the 'always deceive' strategies.


It is interesting to see how the simple and pragmatic Pavlov strategy, which comes down to do-what-works, is perhaps the most successful strategy for repeated social dilemmas.
Author: Coert Visser 2 comments: Links to this post