How do we increase our resistance against falsehoods? 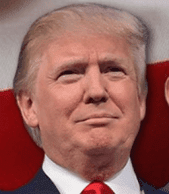 Often, it is not so easy to determine whether something is true or false. There are often multiple sides to issues and sometimes a great deal of knowledge is required to be able to come to a good judgment. Even experts can have radically different views on such issues. But it also often happens that the distinction between false and true can be unambiguously made.

The American presidential candidate Trump, for instance, has make many remarks which are unambiguously false. For example, he claims, and persists in this claim, that he has been against the Iraq war from the beginning. But there is evidence for all to see that this not true. There are countless other examples of claims of which it is known whether they are true or false. That species develop through evolution by natural selection and that global warming is happening are decisive facts. Claims that the earth is 6000 years old, that earth is flat, and that vaccines cause autism are decisive falsehoods.


That you believe falsehoods does not immediately make you stupid

Despite the fact that the distinction between true and false can be made clearly in many cases, many people believe in obvious falsehoods and disbelief in obvious facts. It would be too easy, I think, to call people doing this as stupid. To a certain degree, I think, all of us have done it and, perhaps, still do. David Rapp (2016) has written a paper in which he explains why we can all, relatively easily, fall prey to misinformation.

He explains that we usually encode misinformation into our memory without having evaluated it critically right away. Whenever the topic comes up again we remember the misinformation easily. And because it was not tagged as false in our memory, we may think it is true. There are several reason why we usually don't evaluate claims right away.

It seems that Trump understands well, as Adolf Hitler seems to have understood, that we often do not have a strong resistance against falsehoods. He appears to capitalize on this cognitive weakness by persisting in the falsehoods which he proclaims. He seems to think that if only he repeats them frequently enough, sufficient will start to believe them to help him obtain the presidency. If, indeed, this will happen, I suspect, it will be a tragic example of how believing falsehoods can lead to painful real world effects.
Adolf Hitler beliefs critical David Rapp Donald Trump evaluate evidence examine false falsehoods reasons repetition retarded true unambiguous