When is lying acceptable? 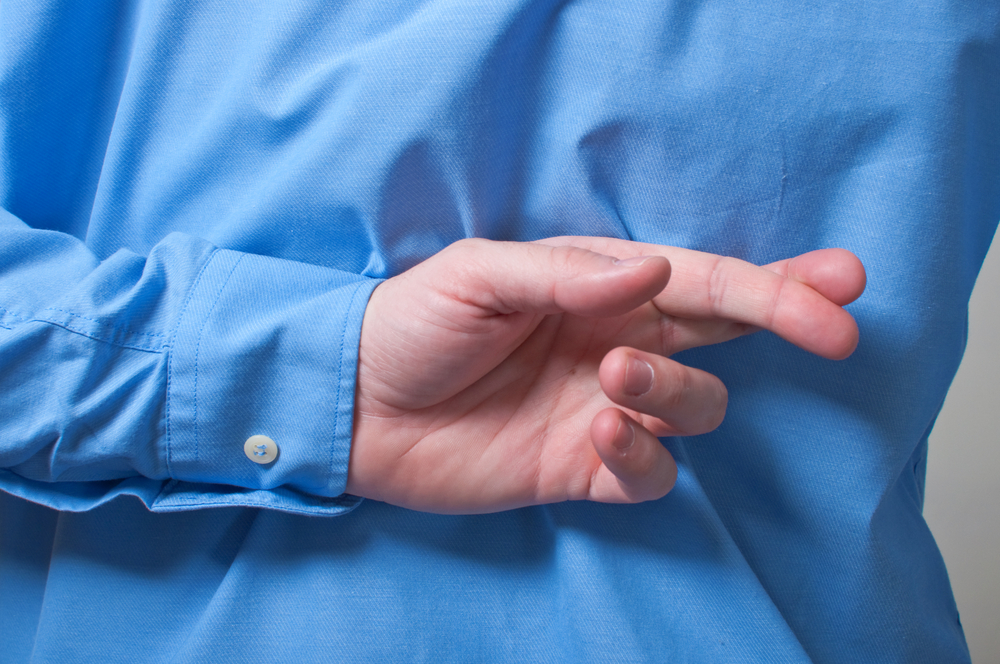 We value honesty and condemn cheating. Understandable, because honesty has many benefits and lies and deceit can do a lot of damage. At the same time, we realize that no one is always completely honest. Everyone lies now and then. And I'm not even talking about hiding what you think or saying something that is true yet misleading. I'm talking about consciously saying things that we know are not true. And we all do this from time to time. Why do we do that? And when is it acceptable to lie? Emma Levine and Matthew Lupoli explain this clearly in a new article.

The general norm is to value honesty and condemn cheating. We prefer that we be honest with other people and we understand that others want us to be honest with them. It is important to mention that the condemnation of lies mainly refers to harmful lies: lies that disadvantage others. They aim to gain benefit for oneself at the expense of the other. We prefer to avoid people who use harmful lies as much as possible.

There is also another type of lie that is less often condemned: prosocial lies. Prosocial lies involve a conflict of moral values. The goal of being honest competes with something else we also care about, which is to help others. We therefore often speak of white lies. You lie for the (supposed) interest of the other person. In the table below Levine & Lupoli summarize what is known so far about prosocial lies: 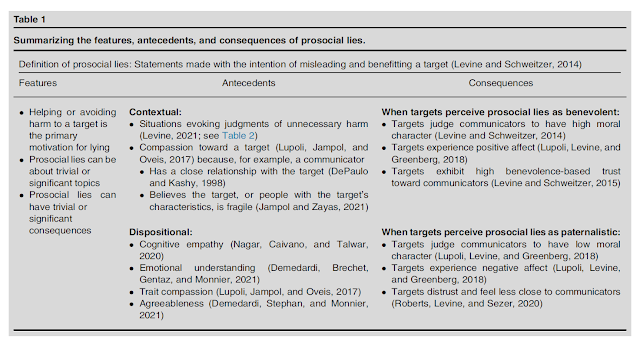 In which situations are lies acceptable? In a following table the authors discuss situations in which lying is more acceptable to avoid unnecessary harm to the person being lied to. 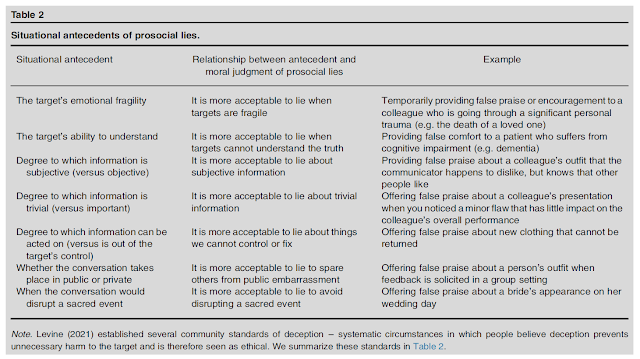 We can continue to value honesty. But at the same time, we can understand that honesty is not always desirable and that dishonesty is not always unacceptable. Honesty is not the only value in life that we want to uphold. In many situations we strive not only for honesty but also for other things that are worthwhile, such as wanting to help other people and avoiding unnecessary suffering.
Emma Levine lying white lies