The growth mindset and intrinsic motivation contribute independently to persistence

One way to describe what the progress-focused approach means is captured in a model which I introduced in my book Kiezen voor progressie. The model (see figure right) describes how both a growth mindset and autonomous motivation contribute to effective effort and how effort in turn creates progress. In this post you read more about this model and it may be used. Looking at this model you might wonder if there should also be an arrow between the growth mindset and autonomous motivation. Do these two influence each other, too? I have thought this before and several people have asked me about it. As far as I know it has been studied only once.

What is the relation between the growth mindset and autonomous motivation? 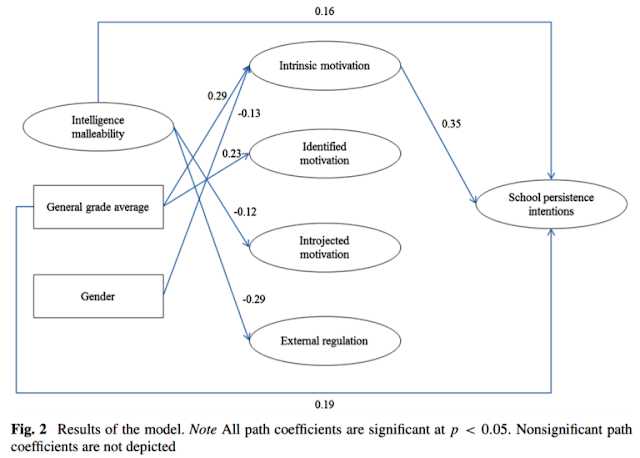