The curtain falls for ego depletion 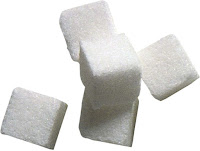 Last year I wrote that the existence of ego depletion is doubtful (here) and that I think the concept is based on a too simple way of thinking about psychology (here - sorry it is in Dutch). Now it appears that the curtain definitely falls for the concept of ego depletion.

In an article in Slate Daniel Enger describes how the concept has lost its credibility in a few steps. The article describes how a replication has been done of a study which showed the ego depletion effect (this study). As an aside I'd like to mention that the people who did the replication can hardly be suspected of trying to deny the existence of ego depletion. Martin Hagger led the replication study. In 2010 he did a meta-analysis which demonstrated the existence of ego depletion. By the way, this result was contradicted in a 2015 meta-analysis which was done more rigorously in several aspects. Roy Baumeister, the big man behind the ego depletion concept was also involved in the replication study. He was consulted with respect to methodological matters.

The study which was replicated used a self control task. Respondents looked at a screen on which simple words were briefly shown. They had to press a button when the word which was displayed contained the letter 'e' but only when is was not followed within positions by another vowel. The original study demonstrated a strong ego depletion effect. The respondents performed much worse on a second task.

In 24 labs around the world the replication study was done. The result: in 21 of the studies no effect was found, in 2 an effect was found, in 1 a reverse effect was found. Upon learning about these results, Roy Baumeister is not convinced that this shows that ego depletion does not exist or is not very important. He thinks that the way in which the study is done is the reason the effect was not found and is preparing his own replication study. Another psychologist who has done much research into ego depletion, Michael Inzlicht, from the University of Toronto, responds quite differently.

In a recent blog post he sounds down-hearted and he writes:


"I have spent nearly a decade working on the concept of ego depletion, including work that is critical of the model used to explain the phenomenon. I have been rewarded for this work, and I am convinced that the main reason I get any invitations to speak at colloquia and brown-bags these days is because of this work. The problem is that ego depletion might not even be a thing. By now, many people are aware that a massive replication attempt of the basic ego depletion effect involving over 2,000 participants found nothing, nada, zip. Only three of the 24 participating labs found a significant effect, but even then, one of these found a significant result in the wrong direction!"