Discuss progress with each other 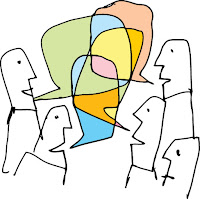 By focusing on progress in meaningful work, your work experience and your performance are stimulated. It is useful to make explicit what progress you have achieved, for example by keeping a progress diary. If you don’t make progress explicit it may well be that you are not aware of the progress you are actually making. This is because progress can remain largely invisible if you don’t consciously focus on it. The reason for this is that we usually focus our conscious attention mainly on what has gone wrong and on what we still have to do. Progress which you have already made is thus easily overlooked.

The positive impact of the visualization of progress may be further exacerbated by talking about it with other people within your team. This can be facilitated in different ways. As a team leader, for example, you may use the technique of the circle technique. It works like this. You invite team members to write on post-it notes 1) what meaningful progress they have made that week, 2) what meaningful progress they want to make next week. When they have written these things down, they may hang their post-its notes in the respective circles. Then, as a team you can jointly reflect on what the team members have written. You can take a picture of the circles and send it along with the minutes.

What may also work is to invite team members to discuss in pairs the meaningful progress they are making. By exchanging these positive experiences with each other, there is often an extra advantage. That extra advantage is that people become more engaged with each other. They find out better what their peers view as meaningful and they learn about successful things they are doing. People often say that the positivity that then emerges is contagious. Also, they often say that they really like the fact that what their peers tell them is so recognizable and useful to them. Thus, discussing progress in teams is not only a fun experience that gives energy, it is also a helpful experience.
discuss experiences interventions motivation Progress Sharing team