Reasons for skepticism about happiness research 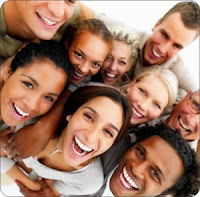 Since the beginning of the 1980's psychologist have done much research into happiness. Often instead of the term happiness terms like subjective well-being are used. I remember that I once read somewhere that Ed Diener, pioneer in the field, had chosen this name because it sounded more scientific that the term happiness. Positive psychology, which emerged around the year 2000, has emphasized the importance of happiness a lot and of finding out which factors foster it. Since then many books and articles have been publishes about happiness and its determinants. In those publications factors where often mentioned like: (1) expressing gratitude, (2) cultivating optimism, (3) building and maintaining relationships, (5) searching flow experiences, (6) practicing religious and spiritual activities, and (7) practicing meditation (this list is not exhaustive).

At first, I was reasonably enthusiastic about these types of publications because they seemed to reveal something valuable and useful.  People do seem to differ in the way in which they answer questions about their happiness and these differences seem to be reasonably consistent. Furthermore, these answers appear to correlate reasonably well with factors like the ones I have described above. But, gradually my enthusiasm has been tempered a bit.

A first reason for this is that I began to see the importance of happiness a bit differently. I do not say that happiness is unimportant - of course, it is important -  but I do think its importance is relative. Happiness is only one of the many things in the world which are desirable. Maximizing happiness shouldn't be the goal of life just as maximizing your bank balance is a wise life strategy. Several studies confirmed that aiming for optimal happiness works better than aiming for maximal happiness (see here and here).

A second reason for my growing skepticism was simply that I once participated in a study and noticed how hard I found it to answer how I judged my subjective well-being or life-satisfaction (or whatever it was they specifically asked). I thought about how this fluctuated from time to time, depending on what I was doing and what I was paying attention to. I found it difficult to give a general judgement about my happiness. When I realized this, I wondered what the answers of other participants in the study would mean and what they would be worth. Did they find the question equally hard to answer?

A third reason for my growing skepticism was that I realized that many of the studies were correlational in design. Whenever researchers found that a certain factor correlated with happiness the suggestion was that this factor caused happiness. For example, when a study found that political conservatives scored higher on happiness measures than people with a liberal orientation this could be read as an implicit advise to choose a conservative political orientation. And when it was found that religious people were happier than non-religious people one might read into this the suggestion that it is recommendable to be religious because it makes one happy. I found these implications suspect because I could imagine that context plays a large role in these findings. When you grow up in a culture which accentuates certain values and beliefs you may feel happier when you adopt those same values and beliefs. But in a different culture that might be different. Furthermore, it is questionable whether you should chose a political or religious orientation for how it makes you feel. That seems short-sighted to me.

Recently, research has been published which supports my skepticism. This research, done by Sean Wojcik (read more), also found, in accordance with what previous studies found, that republicans describe themselves as happier that democrats. But there were also two additional methods used to measure happiness. First,  software was used to analyse positive and negative language expressions of democrats and republicans. Second, photo's of republican and democratic congress members where judged by experts on the genuineness of their smile. These two other measures showed a different picture: democrats appeared to behave more happily than republicans. This study shows that we have to be careful in our interpretation of self-reported well-being. That someone describes himself or herself as happier does not mean that he or she also behaves in a happier way. We also must be careful in interpreting previous happiness research.
correlation democratic factors Happiness maximal optimal political Positive psychology religion republican Sean Wojcik skepticism