Evidence for the benefits of mindfulness-meditation 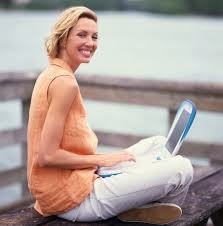 What evidence is there for the benefits of mindfulness meditation?

Recent research (Santarnecchi, 2014) showed that participating in a Mindfulness Based Stress Reduction (MBSR) training program led to structural changes in the brain and to a significant reduction of mental symptoms related to, among other things, anxiety and depression.
Also, Eberth & Sedlmeier (2012) did a meta-analysis to investigate the effects of mindfulness meditation. They found large differences in effect sizes between a complete MBSR program and pure meditation. MBSR was primarily associated with well-being and pure meditation with mindfulness.

Recently, Hempel et al (2014) have published a so-called evidence map of mindfulness. An evidence map is a condense visual representation of how many studies have shown certain effects of an intervention. Evidence maps are intended to help medical practitioners choose evidence based interventions for patients. On the right, there is a small picture showing this evidence map. For more details, read the report.

Within self-determination theory (SDT) mindfulness is also a relevant concept. Weinstein et al. (2013) describe mindful awareness as the degree to which people have open access to their own emotions, motives and values. These authors call this one of the three conditions for integration, the process of coordinating and increasing the congruence between one's behaviors and cognitions, and of how to integrate new experiences within one's existing web of self-knowledge