"We must make clear agreements!" 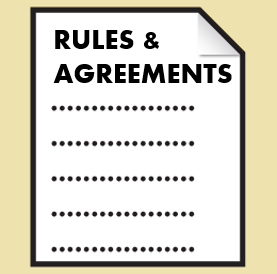 An alternative approach is to not focus primarily on rules and agreements (these are at best means to an end) but on the desired situation. What are we trying to accomplish, why is that important and what different ways can we think of to make progress in that direction? What progress have we already made in that direction? What were some past successes? What has worked well? What useful ideas come to mind when we think about these things? What I often find is that such a way of working can yield some more creative ideas that are more motivating and useful than making a list of agreements and rules.
Author: Coert Visser