4 Approaches to influence your manager

Many times I have been asked how progress-focused principles and techniques might be used in conversations with one's manager. Managers sometimes do things which are unhelpful or problematic for employees, such as making unrealistic demands, being unclear in their expectations, being passive, and being unsupportive. When the working relationship between managers and subordinates is good subordinates can openly discuss what is bothering them and the two of them can work out some kind of solution for the problem. It may be the case, however, that managers are not so open and constructive. In these cases it is probably wise to be very conscious of the hierarchical relationship and to prepare your conversation with the manager well. I have made a simple taxonomy of situations to help prepare for such conversations (see figure below).

How work can be made more needs-supportive

Satisfaction of the three psychological basic needs for autonomy, competence, and relatedness leads to several types of advantages for both individuals and organizations. When people experience that their basic needs are satisfied they will feel and function better. In work, it is a given that individual goals and needs of employees are not the only things which are important. Within organizations there will be goals, systems and rules which employees cannot ignore. This implies that everybody will need to meet certain expectations and to conform to certain rules and norms. It will also be inevitable that we will frequently have to do tasks which we do not find very interesting.

When ego-depletion will not happen

Work can sometimes be quite demanding in the sense that is requires a great deal of will power and self-control. It is not surprising that, while doing this type of work, you can get very tired and start to feel unable to show self-control and will power. Roy Baumeister and his colleagues (1998) explained this through the concept of ego-depletion. They argued that self-control and will power tax a limited amount of mental resources. When this energy gets depleted your ability to control yourself and to show will power diminishes. This not only leads to the situation that you will less able to control yourself to do the task at hand but also to you being less able to resist temptations such as an unhealthy snack. Several scholars have described ways to limit or counteract the effects of ego-depleting. Examples are: positive affect, rest and sleep, practice of self-regulation, using implementation intentions, and visualizing an energizing significant other. It has also been suggests (although research findings aren't unequivocal on this) that taking in sugar can temporarily undo the effects of ego-depletion.

The ego-depletion model, however, appears to be too simple.

When I interviewed Keith Stanovich in 2009, he explained that intelligence tests are not good measures of good thinking because they do not assess the extent of rational thought. His research had shown that intelligence test scores, at best, only mildly predicted rational thinking an that some rational thinkin skills are totally dissociated from intelligence. Later in the same interview he said he had started to sketch out a framework for the assessment of rational thought. As a recent publication by Toplak, West, & Stanovich (2013) shows, there is now such a framework: 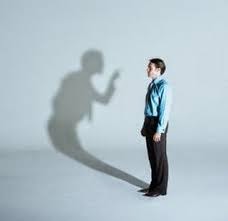 One of the ideas which Alfie Kohn challenges in his book The Myth of the spoiled child is the idea it is a major problem that kids lack self-discipline, will power, persistence and the ability to defer gratification. Several authors, such as Martin Seligman, Roy Baumeister, Paul Tough, and Angela Duckworth (who uses the word 'grit' a lot) have argued that parents and teachers should put much emphasis on teaching kids these things in order to succeed.

We listen to ourselves to find out what we think 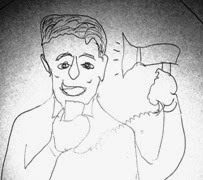 In progress-focused coaching (in the strict sense) coaches ask questions to their clients and then they acknowledge whatever clients answer to these questions and ask follow-up questions. What progress-focused coaches seldom do is share their own opinions and value judgments and they also do not tend to give tips. If they do share something which somehow looks a bit like an opinion it is done in a very subtle way as is the case with techniques like normalizing and reframing.