On the importance of evaluating truth claims 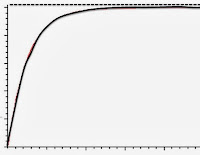 Cognitive scientists, such as Keith Stanovich, distinguish two basic forms of rationality: 1) epistemic rationality, making our beliefs correspond with the actual structure of the world, and 2) instrumental rationality, behaving in such a way that you achieve what you want. Instrumental rationality is about doing what works and epistemic rationality is about finding truth. My view is that it is dangerous to overlook any of these two types of rationality. Only focusing on what is true but forgetting to do what works may lead to neglecting to do things that help you to survive and remain connected to other people. In extreme cases this may lead to a situation in which your questioning dominant false beliefs may threaten governing institutions so much that they may want to isolate you or worse (for example Copernicus and Socrates). Only focusing on doing what works but neglecting the 'what is true' question may lead to you moving efficiently through a web of falsity distancing you more and more from reality. In extreme cases it may lead to such pragmatism that individuals may gradually go along with and adapt to situations which systematically undermine human thriving of themselves or others.

Relativism: In the second half of the twentieth century, a relativist stance has gradually become more popular. This stance calls into doubt the knowability of objective truth, or, in a more radical form, the very existence of objective truth. The relativist perspective argues that what is true is unknowable because any kind of knowledge is constructed in one's own mind through interactions with other people. Therefore, any kind of knowing can only be subjective or inter-subjective at most. Different people experiencing things differently, according to the relativist stance, have different ways of knowing or different "truths". Relativists argue that any view of reality is true in and for itself. Knowledge would thus always be local at best, never universal. This argument would imply that different cultures have different truths and that we should let go of the idea that objective truth statements are possible and also of the belief that "real" understanding of other people is possible. Another implication of (radical) relativism is that it is useless to think in terms of epistemic rationality and that we should focus only on instrumental rationality. Radical relativists are skeptical about science, viewing scientific claims as just another type of narrative and viewing the scientific process in purely instrumental terms (as means to achieve some end, other than discovering objective truths).

Truth versus truth claims: I find the rejection of the idea that we can learn about objective truth and reality unconvincing. I agree with Alan Sokal (2008) who says that the relativist stance systematically confuses truth with claims of truth. Take the example of the shape of the earth. Once, people thought the earth was flat and they turned out to be wrong. Later, they thought it was spherical which turned out to be wrong too (it only approximates a sphere). Can we conclude from this that whatever we think will always be overturned later and that therefore truth really does not exist? No. The claim that the earth is flat is much more wrong than the claim that it is a sphere. The statement that the earth is a sphere can be empirically tested. Anyone who steps into a plane to fly to the other side of the earth implicitly acknowledges that the spherical view of the shape of the earth is more valid than the flat earth view. If we say that all claims are equivalent, there would be no measure of progress anymore, there would be no need for evidence and science anymore, and the whole notion of education would collapse. To deny that one claim could be further from the truth than another would be to say that anything goes. The notion of truth is useful but we should not think about truth in dichotomous terms but in continuous terms. I agree with Isaac Asimov in that we can distinguish between truth claims which are more or less true or false. While we indeed may never be able to formulate definite descriptions of reality/truth, we can distinguish between false and falser. Therefore, we can make progress in finding out what is true and what not.

Objective truth as an asymptote: A helpful way to think about scientific progress is to view it as approaching an asymptote. In analytic geometry, an asymptote of a curve is a line such that the distance between the curve and the line approaches zero as they tend to infinity. In the figure below the dotted line is the asymptote. As you see, the curve is approaching the asymptote closer and closer. This is an interesting metaphor for how knowledge may develop. The asymptote reflects the true state of nature, reality as it is, independent of our interpretation of it. 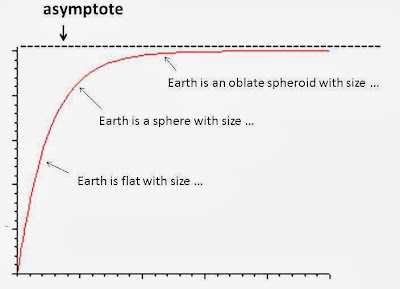 So what? This view is relevant for science in the sense that it is the basis for viewing science as valuable and as capable of making progress (see my article Improving Science). But it is also relevant outside science. In everyday life, we are bombarded every day with truth claims, from websites, from our friends and relatives, from journalists, from commercial parties, from professional authorities, and from religious leaders. Not being able to distinguish between false and (more) accurate truth claims makes us vulnerable to manipulation. In mild cases this may lead to waste; in more serious cases this may lead to great harm. As Voltaire said: "Those who can make you believe absurdities can make you commit atrocities." Dealing effectively with the bombardment of truth claims which confronts us every day starts with the notion that these truth claims differ in their validity. Once we know this, we can learn to distinguish false truth claims from more truthful truth claims.

From this perspective, the most suspect and potentially most harmful truth claims are claims:

The power of questions: In discussing these matters with other people I think it is often not wise to use a confrontational style. When people's most cherished (false) beliefs are threatened they are likely to become defensive and may even come out as stronger believers (this is called the backfire effect). The best way to help people improve their claim evaluation skills is to be respectful of them and ask them questions while being honest about your own perspective. These questions may inspire them to start evaluating their beliefs without becoming defensive.
Author: Coert Visser