10 Quotes from Becoming solution-focused in brief-therapy

One of the books which was most helpful in getting me on track, many years ago, in solution-focused change was Becoming solution-focused in brief-therapy by John Walter and Jane Peller. Here are 10 quotes from the book:

The evolution of the human brain is an amazing story full of surprises. Underlying that evolution is one drive - survival. Without survival evolution cannot continue. This seems obvious but surviving means avoiding threats such as being eaten or killed for territory or mates (and I don't mean your buddies down the pub, though that is part of it too). There are two aspects of survival that seem fundamental in all organisms - noticing threats and communication.

One book which has had an important influence on me, through the years, is David Maister's True professionalism. In the book David argues - apparently completely unafraid to be seen as naive or idealistic - for an ethical, ambitious, and principles-based approach to doing one's work. I have known this book ever since was published in 1997 and I still agree with the large majority of things in it and I'm still inspired by them. And perhaps more importantly, I think they work. Here are 20 quotes from the book.

You don’t know what a mountain is, do you?

Around 2000, I was captured by the work of Insoo Kim Berg, Steve de Shazer and their colleagues of the Brief Family Therapy Center. The book Interviewing for Solutions, which Insoo and Peter De Jong wrote, described a very attractive way of working: solution-focused working. What attracted me in this approach was that in it I recognized certain elements which resembled how I, on occasions, already had been working as a consultant. I thought the dialogues in the book were fascinating, especially the dialogues which featured Insoo.

This website listed no. 45 in a list of 100 Best Career Resources for Grads and PhDs. The sites on the list were said to offer the best advice available for smart people with lots of education looking to make their dent in academia or just find a challenging and rewarding job that uses their education to the fullest extent.
Author: Coert Visser No comments:

Free will is real 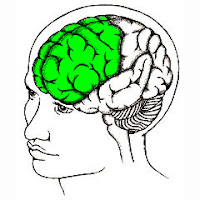 About a year ago I wrote the blog post On the question of whether we have free will in which I referred to the work of Sam Harris, Jerry Coyne, John Bargh and Daniel Wegner who all state that we do not have free will and that our perception of a free will is just an illusion. John Bargh, for example, mentions the importance of automatic processes and says that nearly all human behavior should be seen as automatic responses to environmental triggers. Daniel Wegner has shown that respondents in studies have said that certain of their behaviors were intentional while, in reality, these behaviors were evoked by the experimenter In that case free will was indeed an illusion. I also wrote about Valery Chirkov and Daniel Dennett who do believe in free will. I ended my blog post in a certain confusion about free will does or does not exist. I wondered whether it wouldn’t be better to ask to which extent we have a free will than to ask whether or not we have a free will.

In his book "Vrije wil is geen illusie. Hoe de hersenen ons vrijheid verschaffen" (Free will is no illusion. How brains give us freedom) Dutch neuropsychologist Herman Kolk disagrees with these authors who see free will as an illusion.