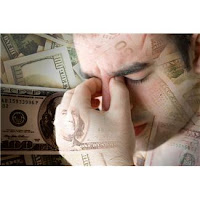 Employers often make payment contingent on performance in order to motivate workers. We used fMRI with a novel incentivized skill task to examine the neural processes underlying behavioral responses to performance-based pay. We found that individuals' performance increased with increasing incentives; however, very high incentive levels led to the paradoxical consequence of worse performance. Between initial incentive presentation and task execution, striatal activity rapidly switched between activation and deactivation in response to increasing incentives. Critically, decrements in performance and striatal deactivations were directly predicted by an independent measure of behavioral loss aversion. These results suggest that incentives associated with successful task performance are initially encoded as a potential gain; however, when actually performing a task, individuals encode the potential loss that would arise from failure.
Author: Coert Visser