3 Principles of doing what works 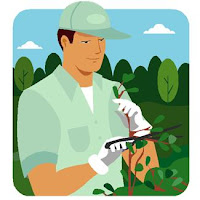 There is a great power in focusing on doing what works in many of life's contexts. Doing what works is about finding out what is useful or helpful and applying that in order to make progress in the desired direction. Put differently it means that when you try to accomplish something you pay careful attention to what is working, or has worked before in a comparable situation, and do more of that. While it sounds simple and logical to just find out what works and to more of it actually isn't always that straightforward. In this post I explain that what works is often not so easy to recognize: The invisibility of what works. And I have written a post in which I mention 6 critical reflections on the importance of doing what works. Having said this, though, I repeat that doing what works is an powerful approach in many contexts. Here are three principles that may be useful in doing what works (of which at least one is not too well-known):