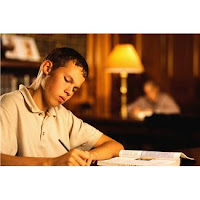 ABSTRACT—Study habit, skill, and attitude inventories and constructs were found to rival standardized tests and previous grades as predictors of academic performance, yielding substantial incremental validity in predicting academic performance. This meta-analysis (N=72,431, k=344) examines the construct validity and predictive validity of 10 study skill constructs for college students. We found that study skill inventories and constructs are largely independent of both high school grades and scores on standardized admissions tests but moderately related to various personality constructs; these results are inconsistent with previous theories. Study motivation and study skills exhibit the strongest relationships with both grade point average and grades in individual classes. Academic speciﬁc anxiety was found to be an important negative predictor of performance. In addition, signiﬁcant variation in the validity of speciﬁc inventories is shown. Scores on traditional study habit and attitude inventories are the most predictive of performance, whereas scores on inventories based on the popular depth-of-processing perspective are shown to be least predictive of the examined criteria. Overall, study habit and skill measures improve prediction of academic performance more than any other noncognitive individual difference variable examined to date and should be regarded as the third pillar of academic success.