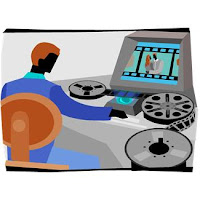 Video Self-Monitoring
One of the participants in our solution-focused coaching course mentioned the technique of Video Self-Modeling (VSM) to me. VSM is a technique which enables individuals to view themselves on carefully edited videos while acting successfully. Pioneer in the field of VSM, Peter Dowrick distinghuishes between self review, in which individuals who are already good at something watch a video of themselves that consists of a compilation of their best performances, and feedforward, in which individuals who are not yet competent at a certain skill watch videos of themselves which are edited in such a way that in appears as though they already performs that new skill. Feedforward shows individuals how they could be performing.

Tom Buggey, author of the book Seeing is believing, explains that video footage for a feedforward video can be collected by (1) having the individual imitate a (part of a) behavior, (2) by involving them in role playing, and (3) by letting the camera role to capture rare behaviors. Feedforward is used mainly with children with disabilities and has been found to be especially effective with children with autism (read more). Here is a overview video on VSM.

Seeing is believing
As I have previously written about, vivid descriptions of positive future events can start to feel like descriptions of events which have already occurred. Both the solution-focused approach and VSM seem to capitalize on that principle. If individuals 'see' themselves performing some desired behavior, the must be able to perform that behavior.

Question: what creative applications can you think of which are relevant for your context?
Author: Coert Visser