Teaching adolescents a growth mindset helps to reduce their aggression 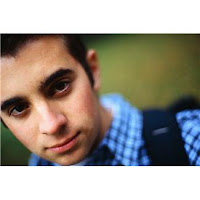 The hostile attribution bias is one of the most prominent constructs in the study of aggression and in the field of developmental psychology. Whereas past research has shown that hostile schemas and adverse experiences predict this bias, we propose that seemingly neutral beliefs (implicit theories about the malleability of personality traits) may also play a role in shaping it. Study 1 was a meta-analysis of eleven correlations from eight original data sets (N = 1,659), and it showed that a fixed or entity theory about personality traits predicted greater hostile attributional biases among high school students, which mediated an effect on aggressive desires. Study 2 experimentally changed adolescents’ implicit theories toward a malleable or incremental view of personality traits and showed a reduction in hostile attributions. Study 3 was a brief incremental theory intervention that reduced hostile intent attributions and aggressive desires over an eight-month period. Implications for theory and practice are discussed.