On the question of whether we have free will 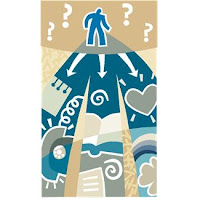 I don't know what to think about the topic of free will. Sam Harris argues, in his new book Free Will (which I haven't read; it will come out in March), that free will does not exist. Biologist Jerry Coyne agrees. In his column Why you don't really have free will he says that while we feel like we have free will, we actually do not. He also says that there's not much downside to abandoning the notion of free will and a few important upsides. One of the upsides he mentions is that it will become much easier to empathize with other people once we realize that their behavior is caused by genes and environments, not by free will.

Researchers in the field of priming speak in terms of the automaticity of being. John Bargh said: "Most of a person's everyday life is determined not by their conscious intentions and deliberate choices, but by mental processes that are put into motion by features of the environment and that operate outside of conscious awareness and guidance. Psychologist Daniel Wegner, author of The Illusion of Conscious Will, seems to go even one step further when he said: "... will is not a psychological force that causes action. Rather as a perception that results from interpretation. It is a conscious experience that may only map rather weakly, or perhaps not at all, into the actual causal relationships between the person's cognition and action."

A completely opposite position is taken by Valery Chirkov, who writes, in a chapter in Human Autonomy in Cross-Cultural Context: "One of the reasons for writing this chapter is my strong belief that the thesis that human autonomy is an illusion is not only mistaken, but is also dangerous for the further development of our civilization. This is because this thesis moves one of the fundamental conditions for people's humanness and well-being into the domain of relativity, social negotiation, and linguistic construction, leaving people without solid grounding for their search for better lives."  Chirkov mentions the work of Daniel Dennett who has proposed that freedom evolves: as we evolved there has been a gradual increase in our degrees of freedom.

I am left in confusion. Is the question of whether we have free will even well framed? Should we approach it in discontinuous terms (do we or don't we have free will?) or would it be better to frame it into continuous terms (to what extent do we or can we have free will?). Might it be true that free will is an illusion yet that this illusion contributes to our wellbeing (see the research on self-determination theory which shows that the perception (?) of the fulfillment of our need for autonomy contributes to our well-being)? Is the question of whether we have free will even an important one? Which perspective is more convincing: Coyne's perspective that letting go of the illusion of free will will make us more empathic or Chirkov's perspective that losing our belief in autonomy will discourage us from trying to improve our lives?
Author: Coert Visser