Can Everyone Become Highly Intelligent? 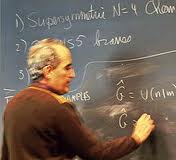 Can Everyone Become Highly Intelligent? Cultural Differences in and Societal Consequences of Beliefs about the Universal Potential for Intelligence