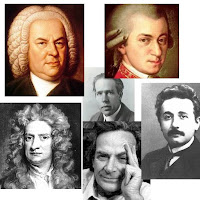 History has produced amazing examples of human achievement in science and art. You might think that if any people would deserve to speak of themselves immodestly. But it is striking how modest some of the very greatest geniuses of all time appear to have been. It is almost as if the following rule applies: the greater the genius, the more modest. I think Confucius said it right when he said: “A superior man is modest in his speech, but exceeds in his actions.” Here are a few examples:

Questions: do you know any more examples of modest quotes by geniuses? Do you know a genius who said some very immodest things?
Author: Coert Visser