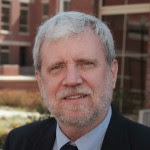 These last few decades, a sub discipline has evolved within psychology which has produced knowledge which has replaced the traditional view on how top performance is developed. Researchers working in this discipline, of who Anders Ericsson (photo) in the most prominent, have shown that there is a lack of evidence for the claim that natural ability is the main reason for top performance. They have found out that what is crucial is the amount of time the individual has practiced and the specific way in which he or she has practiced.

Achieving top level performance requires many years: the researchers have shown that in practically every discipline the key to elite performance is to keep practicing for many years. What is remarkable about this is that it applies to a wide range of performance domains such as science, sports, and music. Research suggests that an optimal strategy is to spend 3 to 5 hours of concentrated practice per day.

The role of automaticity: by practicing one automates actions. Automaticity means that one can execute the activity faster, more fluent and with greater ease. This releases attention which can focused on other aspects of performance. Remaining aware of what is not yet satisfactory is very important. It helps to keep from repeating the same mistakes which would lead to the automatization of these mistakes. It helps to keep on stretching ones abilities. As soon as an individual stops focusing on improving performance he or she will be left to what automated skills and development is arrested.

Cumulativity: An interesting thing about deliberate practice is that its effect is cumulative. You can compare it with a road you're traveling on. Any distance you have travelled on that road counts. So, if you have started at an early age, this will lead to an advantage over someone who started later. Research shows that the progress to top performance happens rather gradually. There is no evidence for phases of stagnation and phases of rapid development.

New connections in the brain and more myelin: Many people know that learning means that new connections are formed between neurons. New connections in the brain create news paths which enable signals to be transported through the brain faster which contributes to a faster and more fluent performance. What is not known by many people is that myelin, white matter, also seems to play an important role. Myelin is the substance that is wrapped around neurons to isolate them (much as plastic is wrapped around electric wiring) and accounts for more than half of the brains mass. When neurons fire, supporter cells called oligodendrocytes and astrocytes sense the nerve firing and respond by wrapping more myelin on the neuron that fires. The more the nerve fires, the more myelin is wrapped around it and the faster the signal can travel, up to 100 times faster than signals sent through an uninsulated fiber. Apart from the function of increasing signal speed, myelin also has the capacity to regulate signal speed so that signals can even be slowed to reach synapses at the right time.
Author: Coert Visser