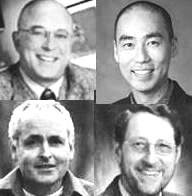 Then the chapter describes some recent studies that have been done (Smock et al., 2008; Knekt and Lindfors, 2004; and Knekt et al. 2008a and 2008b), discusses some practical guidelines, some limitations of the research and some implications for future studies. The chapter ends with the following key points to remember: