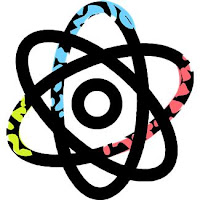 Science can be defined as the systematic enterprise that builds and organizes knowledge in the form of testable explanations and predictions about the world. Science is one of humanity's greatest inventions which has the potential of improving our lives and our societies. The core of the scientific process consists of scientists making observations, reading scientific literature, formulating questions, testing ideas through systematic studies, and sharing their findings. The system of science contains principles and sets of rules which help make science self-correcting and cumulative. Scientists are required to share not only their findings through publication but also provide detailed descriptions of their studies so that replication of their studies by other scientists becomes possible. A process of peer review functions as a filter to guarantee that only research that meets scientific standards is published in journals. Replication studies make it possible to test findings using the same methods but with different subjects and experimenters.

By building on robust findings and revising or discarding findings that fail to be replicated scientific theories are built over time. Here is a simplified description of the subsequent stages of knowledge development in science. In early stages, scientists observe associations between phenomena. Then, they are able to make predictions. Next, they gain insight in underlying causal mechanisms. Finally, they are able to control phenomena and to use scientific knowledge.

An example of science at its best is the theory of evolution. Roughly 150 years ago, Charles Darwin, after many years of careful observation and thought, produced a theory that still drives the contempory scientific agenda. Darwin's breakthrough insight was that in organisms whose environment changed nonrandomly and whose reproductive success in that environment depended on inherited traits, evolution became inevitable. Today, the theory of evolution has developed into an extremely well-tested macro theory consisting of a diverse set of micro theories which together yield invaluable technologies.

Here are some ideas about how each of these links in this chain affects the overall effectiveness and efficiency of scientific progress and some (sometimes implicit) suggestions for improvement:
The scientific enterprise is extremely important and we should continue to improve scientific practice.
Author: Coert Visser