Help wanted - which name is best for this intervention? 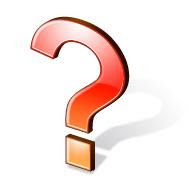 What would be your choice and why?
Would you let me know? Thanks!

Here are the reactions, so far: from the options I gave the score is now: